Not to be confused with Survey township.

A civil township is a widely used unit of local government in the United States, subordinate to a county. The term town is used in New England, New York, and Wisconsin to refer to the equivalent of the civil township in these states. Specific responsibilities and the degree of autonomy vary based on each state. Civil townships are distinct from survey townships, but in states that have both, the boundaries often coincide and may completely geographically subdivide a county. The U.S. Census Bureau classifies civil townships as minor civil divisions. Currently, there are 20 states with civil townships.

Township functions are generally overseen by a governing board (the name varies from state to state) and a clerk or trustee. Township officers frequently include justice of the peace, road commissioner, assessor, constable, and surveyor. In the 20th century many townships also added a township administrator or supervisor to the officers as an executive for the board. In some cases townships run local libraries, senior citizen services, youth services, disabled citizen services, emergency assistance, and even cemetery services. 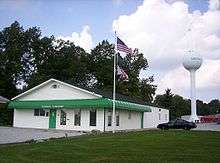 Depending on the state, the township government has varying degrees of authority.

In the Upper Midwestern states near the Great Lakes, civil townships (known in Michigan as general law townships[1] and in Wisconsin as towns), are often, but not always, overlaid on survey townships. The degree to which these townships are functioning governmental entities varies from state to state and in some cases even within a state. For example, townships in the northern part of Illinois are active in providing public services — such as road maintenance, after-school care, and senior services — whereas townships in southern Illinois frequently delegate these services to the county. Most townships in Illinois also provide services such as snow removal, senior transportation, and emergency services to households residing in unincorporated parts of the county. The townships in Illinois each have a township board, whose board members were formerly called township trustees, and a single township supervisor. In contrast, civil townships in Indiana are operated in a relatively consistent manner statewide and tend to be well organized, with each served by a single township trustee and a three-member board.

Civil townships in these states are generally not incorporated, and nearby cities may annex land in adjoining townships with relative ease. In Michigan, general law townships can incorporate as charter townships, a status intended to protect against annexation from nearby municipalities and which grants the township some home rule powers similar to cities. In Wisconsin, civil townships are known as "towns" rather than townships, but they function essentially the same as in neighboring states. In Minnesota, state statute refers to such entities as towns yet requires them to have a name in the form "Name Township". In both documents and conversation, "town" and "township" are used interchangeably. Minnesota townships can be either Non-Urban or Urban (giving the township government greater power), but this is not reflected in the township's name.[2] In Ohio, a city or village is overlaid onto a township unless it withdraws by establishing a paper township. Where the paper township does not extend to the city limits, property owners pay taxes for both the township and municipality.[3] Ten other states also allow townships and municipalities to overlap.[4]

In Kansas some civil townships provide services such as road maintenance and fire protection services not provided by the county. 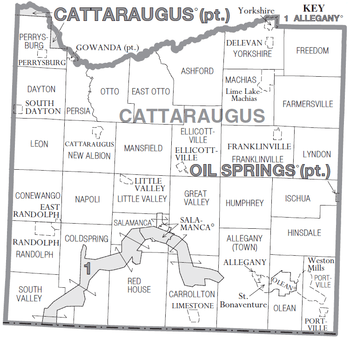 In New England and New York, counties are further subdivided into towns and cities, the principal forms of local government. These states use the term town, instead of township. New England towns are incorporated municipalities; New York towns are also. In sparsely settled portions of New Hampshire, Vermont, and Maine, county subdivisions that are not incorporated are occasionally referred to as townships, or by other terms such as "gore", "grant", "location", "plantation", or "purchase".

A Pennsylvania township is a unit of local government, responsible for services such as police departments, local road and street maintenance. It acts the same as a city or borough. Townships were established based on convenient geographical boundaries and vary in size from six to fifty-two square miles (10–135 km²). A New Jersey township is similar, in that it is a form of municipal government equal in status to a village, town, borough, or city, and provides similar services to a Pennsylvania township. 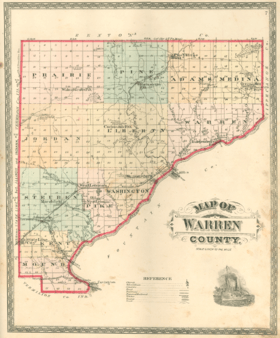 1877 map of Warren County, Indiana. Among all civil townships, only Pine Township exactly matches a survey township with 36 sections.

In the South, outside of cities and towns there is generally no local government other than the county.

North Carolina is no exception to that rule, but it does have townships as minor geographical subdivisions of counties, including both unincorporated territory and also land within the bounds of incorporated cities and towns (as well as the extraterritorial jurisdiction of municipalities). Every county is divided into townships as mandated since the North Carolina Constitution of 1868. Some urbanized counties such as Mecklenburg County (Charlotte) now number their townships (e.g. "Township 12") rather than using names. Townships all over the state used to have some official organization and duties but now are only considered ceremonial divisions of each county. Township names are still used quite extensively at the county government level in North Carolina as a way of determining and dividing up areas for administrative purposes; primarily for collecting county taxes, determining fire districts, for real estate purposes such as categorizing land deeds, land surveys and other real estate documents, and for voter registration purposes. In most areas of North Carolina that are outside of any municipal limit (outside cities or towns), townships are used to determine voter polling places, and in most instances county election boards divide up their voter precincts by township. However, there is no government per se at the township level in North Carolina, and there are no elected or appointed offices associated with townships.

As of 2012, there were 16,360 organized town or township governments in the following twenty states:[5]

There were thirty states without organized town or township governments as of 2012:[5]