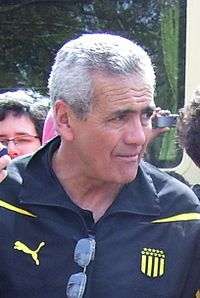 Gregorio Elso Pérez Perdigón[1] (born 16 January 1948 in Maldonado) is a retired Uruguayan footballer. He now works as a manager. He is widely reputed in his country due for his respectful approach toward the game and general sportsmanship. He is known as "Don Gregorio".

Career as a manager