Harima (播磨町, Harima-chō) is a town located in Kako District, Hyōgo Prefecture, Japan. The town shares its name with Harima Province, one of the old provinces of Japan. Harima was known as Ae village until April 1962. The name "Harima" is derived from a large area in southwestern Hyōgo Prefecture, commonly referred to as "the country of Harima," or Banshū area.

As of December 1, 2012, the town has an estimated population of 34,836, with 14,181 households. The total area is 9.09 square kilometres (3.51 sq mi). Approximately 30 percent of the area is a man-made island. The island is one part of the East Harima Coastal Industrial Region. It also includes a large port for international shipping. Several large companies have factories in this area. The town flower is the chrysanthemum.

Harima-chō is an ancient village full of history. Our town flourishes on natural gifts and ancestral efforts. We established this charter to make our town a more peaceful and worthwhile hometown.

We grow flowers and trees to make the town prosperous. We respect one another and have opportunities to meet eye-to-eye. We enjoy working and we create happy homes. We are familiar with sports and we stay in shape. We deepen our knowledge and develop a wealth of culture.

In addition a charter update was written for Harima on April 28, 1989) The following is a translation of the text.

We are living in a time of admirable history and favorable natural resources and we hope to lead a good life with a happy heart. All of us take care of each other's lives and rights. We learn together, and get in touch as comrades, and therefore widen our sympathetic circles. Now, we will get back to the basics of human respect, and we declare, "Let's live together in Harima, a town of friendly people." We aim to make a bright town where everyone lives in a happy family and greets the 21st century with pride.

In Harima: We will raise consciousness about human rights and get rid of all discrimination. We will make progress in learning and acquire the knowledge to live a just life.

We will deepen our understanding of each other and make warm human relationships. 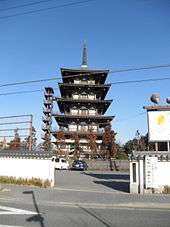 The Harima International Friendship Association (HIFA) maintains sister-city relationships with Lima, Ohio in the United States and Heping, Tianjin in China. Activities include yearly cultural exchanges between the people of Harima and their sister-city partners.