The Histories (Greek: Ἱστορίαι; Ancient Greek: [his.to.rí.ai̯]; also known as The History[1]) of Herodotus is now considered the founding work of history in Western literature.[2] Written in 440 BC in the Ionic dialect of classical Greek, The Histories serves as a record of the ancient traditions, politics, geography, and clashes of various cultures that were known in Western Asia, Northern Africa and Greece at that time. Although not a fully impartial record, it remains one of the West's most important sources regarding these affairs. Moreover, it established the genre and study of history in the Western world (despite the existence of historical records and chronicles beforehand).

The Histories also stands as one of the first accounts of the rise of the Persian Empire, as well as the events and causes of the Greco-Persian Wars between the Achaemenid Empire and the Greek city-states in the 5th century BC. Herodotus portrays the conflict as one between the forces of slavery (the Persians) on the one hand, and freedom (the Athenians and the confederacy of Greek city-states which united against the invaders) on the other.

The Histories was at some point divided into the nine books that appear in modern editions, conventionally named after the nine Muses.

Herodotus seems to have traveled extensively around the ancient world, nearly all these territories were directly under the Persian Empire, conducting interviews and collecting stories for his book. At the beginning of The Histories, Herodotus sets out his reasons for writing it: 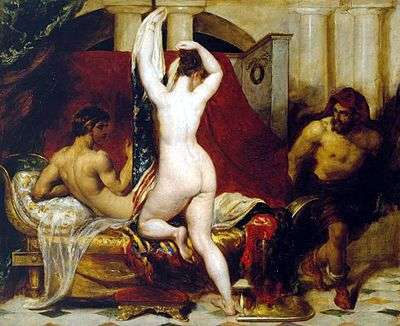 Candaules, King of Lydia, shews his wife by stealth to Gyges…, by William Etty (1830) 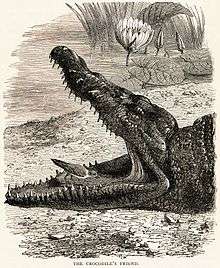 Nile crocodile allowing the trochilus to eat leeches in its mouth.[lower-alpha 1] Drawing by Henry Scherren, 1906 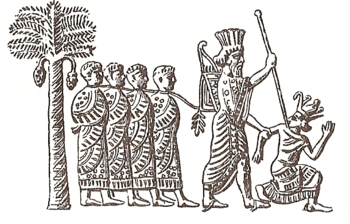 Scythian warriors, drawn after figures on an electrum cup from the Kul'Oba kurgan burial near Kerch (Hermitage Museum, Saint Petersburg) 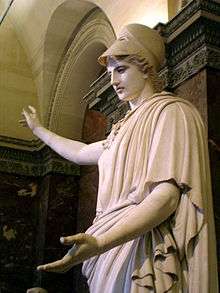 Statue of Athena, the patron goddess of Athens 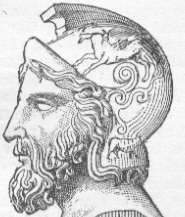 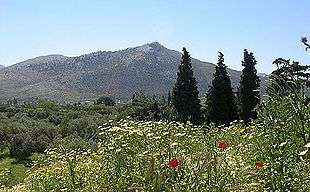 The plain of Marathon today 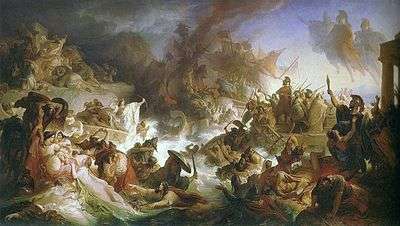 The Battle of Salamis, by Wilhelm von Kaulbach (1868)

Translations of the Histories