Kirkaldy was born on 5 June 1868 at St Andrews, Scotland.[1] His brothers, Andrew and Jack, were also professional golfers.

He won the 1891 Open Championship,[2] which was played over the Old Course at St Andrews. The tournament was played in October, in rough weather, and his winning score was 166 for 36 holes. He beat his brother Andrew and Willie Fernie of Troon by two shots. It was the last Open Championship contested over 36 holes. 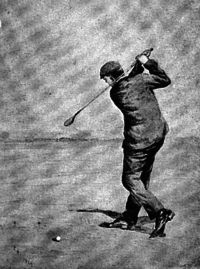