An Ironman Triathlon is one of a series of long-distance triathlon races organized by the World Triathlon Corporation (WTC), consisting of a 2.4-mile (3.86 km) swim, a 112-mile (180.25 km) bicycle ride and a marathon 26.22-mile (42.20 km) run, raced in that order and without a break. It is widely considered one of the most difficult one-day sporting events in the world.[1][2][3]

Most Ironman events have a strict time limit of 17 hours to complete the race. The race typically starts at 7:00 a.m.; the mandatory swim cut off for the 2.4-mile (3.86 km) swim is 9:20 a.m. (2 hours 20 minutes), the mandatory bike cut off time is 5:30 p.m. (8 hours 10 minutes), and the mandatory marathon cut off is midnight (6 hours 30 minutes). Any participant who manages to complete the triathlon within these timings is designated an Ironman.

The name "Ironman Triathlon" is also associated with the original Ironman triathlon which is now the Ironman World Championship. Held in Kailua-Kona, the world championship has been held annually in Hawaii since 1978 (with an additional race in 1982) and is preceded by a series of qualifying Ironman events. The Ironman World Championship has become known for its grueling length, harsh race conditions, and Emmy Award-winning television coverage.[4][5]

Other races exist that are of the same distance as an Ironman triathlon but are not produced, owned, or licensed by the World Triathlon Corporation. Such races include The Challenge Family series' Challenge Roth[6] or the Norseman Triathlon. 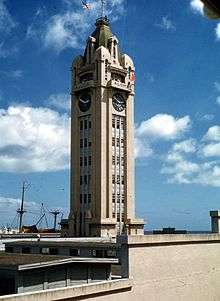 The idea for the original Ironman Triathlon arose during the awards ceremony for the 1977 Oʻahu Perimeter Relay.[7] Among the participants were representatives of both the Mid-Pacific Road Runners and the Waikiki Swim Club, whose members had long been debating which athletes were more fit, runners or swimmers. On this occasion, U.S. Navy Commander John Collins pointed out that a recent article in Sports Illustrated magazine had declared that Eddy Merckx, the great Belgian cyclist, had the highest recorded "oxygen uptake" of any athlete ever measured, so perhaps cyclists were more fit than anyone. Collins and his wife Judy Collins had taken part in the triathlons staged in 1974 and 1975 by the San Diego Track Club in and around Mission Bay, California, as well as the 1975 Optimist Sports Fiesta Triathlon in Coronado, California. A number of the other military athletes in attendance were also familiar with the San Diego races, so they understood the concept when Collins suggested that the debate should be settled through a race combining the three existing long-distance competitions already on the island: the Waikiki Roughwater Swim (2.4 mi./3.86 km), the Around-Oahu Bike Race (115 mi./185.07 km; originally a two-day event) and the Honolulu Marathon (26.219 mi./42.195 km).[8]

Until that point, no one present had ever done the bike race. Collins calculated that by shaving 3 miles (4.8 km) off the course and riding counter-clockwise around the island, the bike leg could start at the finish of the Waikiki Rough Water and end at the Aloha Tower, the traditional start of the Honolulu Marathon. Prior to racing, each athlete received three sheets of paper listing a few rules and a course description. Handwritten on the last page was this exhortation: "Swim 2.4 miles! Bike 112 miles! Run 26.2 miles! Brag for the rest of your life", now a registered trademark.

With a nod to a local runner who was notorious for his demanding workouts, Collins said, "Whoever finishes first, we'll call him the Iron Man." Each of the racers had their own support crew to supply water, food and encouragement during the event.[9] Of the fifteen men to start off in the early morning on February 18, 1978, twelve completed the race. Gordon Haller, a US Navy Communications Specialist, was the first to earn the title Ironman by completing the course with a time of 11 hours, 46 minutes, 58 seconds. The runner-up John Dunbar, a US Navy SEAL, led after the second transition and had a chance to win but ran out of water on the marathon course; his support crew resorted to giving him beer instead.[10][11][12]

With no further marketing efforts, the race gathered as many as 50 athletes in 1979. The race, however, was postponed a day because of bad weather conditions. Only fifteen competitors started off the race Sunday morning. San Diego's Tom Warren won in 11 hours, 15 minutes, 56 seconds.[8] Lyn Lemaire, a championship cyclist from Boston, placed sixth overall and became the first "Ironwoman". Collins planned on changing the race into a relay event to draw more participants, but Sports Illustrated's journalist Barry McDermott, in the area to cover a golf tournament, discovered the race and wrote a ten-page account of it.[8][11] During the following year, hundreds of curious participants contacted Collins. 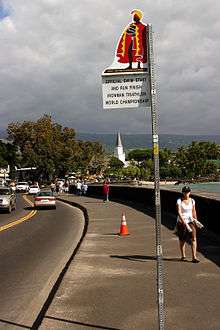 Around 1979 Collins no longer wanted to direct the Ironman race and approached Nautilus Fitness Center owners Hank Grundman and Valerie Silk about taking over control of the race. Grundman previously had extended his club’s facilities to many of the Ironman competitors. Following the couple's divorce in 1981 Silk received ownership of Ironman.[13][14] That year she moved the competition to the less urbanized Hawaiʻi Island[8] (called the Big Island) and in 1982 moved the race date from February to October; as a result of this change there were two Ironman Triathlon events in 1982.

A milestone in the marketing of the legend and history of the race happened in February 1982. Julie Moss, a college student competing to gather research for her exercise physiology thesis, moved toward the finish line in first place. As she neared the finish, severe fatigue and dehydration set in, and she fell, just yards away from the finish line. Although Kathleen McCartney passed her for the women’s title, Moss nevertheless crawled to the finish line. Her performance was broadcast worldwide and created the Ironman mantra that just finishing is a victory. By the end of that year the race had maxed out at 1,000 participants, with a lottery used to fill the field while turning away another 1,000 interested participants.[14]

In 1990, with the help of Lew Friedland, Dr. James P. Gills acquired and purchased the Hawaii Triathlon Corporation, owner of the Ironman brand, for $3 million from Silk. With the Ironman brand, Gills established the World Triathlon Corporation with the intention of furthering the sport of triathlon and increasing prize money for triathletes.[15][16][17]

A number of non-WTC full distance triathlons have been held since the mid-1990s. The limited number of WTC-sanctioned events, and the limited number of entries available per race, have combined with a growth in the sport that has created demand for these non-trademarked events. Many of them share the 2.4-mile (3.9 km), 112-mile (180 km), 26.2-mile (42.2 km) format with the Ironman triathlon. Originally, many used the Ironman name. Due to aggressive trademark protection, most of these races no longer use the word "Ironman".

The Ironman format remains unchanged, and the Hawaiian Ironman is still regarded as an honored and prestigious triathlon event to win worldwide.[18][19]

People completing such an event within the strict event time cutoffs are agreed to be recognized as "Ironmen"; the plural "Ironmans" refers to multiples of "Ironman" as a short form of "Ironman Triathlon." In the triathlon community an Ironman is someone who has completed a race of the appropriate distance, whether or not it falls under the aegis of WTC.

Over time the popularity of the sport of triathlon grew, and the annual race on the Big Island became The Ironman World Championship, with a series of qualifying races required to enter the championship. The Hawaii race consists of the swim in the bay of Kailua-Kona, the bike ride across the Hawaiian lava desert to Hāwī and back, and the marathon run along the coast (from Keauhou to Keahole Point and back to Kailua-Kona); finishing on Aliʻi Drive. The most recent Ironman World Championship took place on October 8, 2016 and was won by Jan Frodeno of Germany in 8:06:30 and Daniela Ryf of Switzerland in 8:46:46.

Amateur triathletes can qualify for the World Championship through placement in one of the other Ironman series of races or a few selected Ironman 70.3 races. Entry into the race can also be obtained through a random allocation lottery or through the Ironman Foundation's charitable eBay auction. 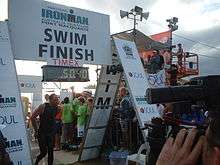 In 2005, WTC instituted the Ironman 70.3 race series. This shorter course, also known as a Half Ironman, consists of a 1.2-mile (1.9 km) swim, 56-mile (90 km) bike ride, and 13.1-mile (21.1 km) run. As with the Ironman series, it consists of a number of qualifying races at various locations worldwide, culminating in a world championship race with athletes drawn largely from top finishers in the qualifying events.

For amateur athletes, some 70.3 events acted as qualifiers for the full Ironman World Championships in Hawaii.[24] However, the 2015 qualifying year marked a large de-emphasis on using selected Ironman 70.3 series races as an avenue for amateur athletes to qualify for the Ironman World Championships. The change was made to accommodate for the increased number of qualifying slots created from the newly added full Ironman events.[25]

For professional triathletes, up to three 70.3 events can be used to accumulate points to be put towards their championship qualifying point rankings.[21] 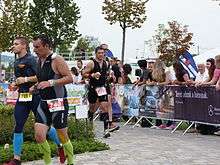 M-Dot is the symbol that refers to the event. The symbol is taken from the Ironman logo, which is the word IRONMAN (in all caps) with a dot on top of the letter M, which is meant to look like a person. The dot is the head of the person and the M is the body of the person. It represents the need to have a fit body and a strong willpower.