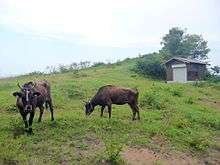 The town was formed on April 1, 2005 from the merger of the former town of Kasumi, from Kinosaki District, and the towns of Mikata and Muraoka, both from Mikata District.

Ojiro is designated as one of the Most Beautiful Villages in Japan, and is the birthplace of Tajiri-go, a Tajima Cattle who is the ancestor of more than 99.9% of Japanese Black wagyu.

This town is also the location of the Amarube Bridge, a famous railroad trestle bridge, and of the Tajima Plateau Botanical Gardens. 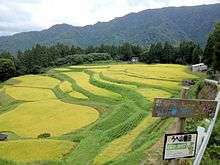 This article is issued from Wikipedia - version of the 11/7/2015. The text is available under the Creative Commons Attribution/Share Alike but additional terms may apply for the media files.