Kadoma (門真市, Kadoma-shi) is a city located in Osaka Prefecture, Japan. The city was founded on August 1, 1963.

Kadoma is located northeast of Osaka on the Keihan Railway, and is connected to Osaka's other northern suburbs by the Osaka Monorail.

In 2005, it was planned to merge Kadoma with the neighboring city of Moriguchi, however the plan was cancelled. 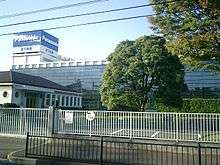 Panasonic Corporation and Kaiyodo have their headquarters in Kadoma.[1] [2] 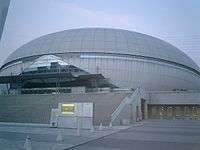