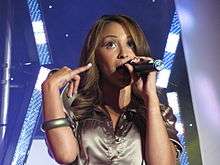 Kidscape is a London-based charity[1] established in 1985 by child psychologist Michele Elliott.[2] Its focus is on children's safety, with an emphasis on the prevention of harm by equipping children with techniques and mindsets that help them stay safe.

After a 1984–1986 survey of 4000 children, their parents and teachers, it was apparent that the main threat to children came from people known to them – bullies, friends, or family members. Kidscape's Child Protection programmes are now taught UK-wide in thousands of schools and community groups.

Kidscape is a frequent commentator in the media on bullying and child protection issues.[3] Michele Elliott has represented Kidscape on advisory boards, including the Toy Council,[4] and consults and advises, such as the House of Commons Education and Skills Committee on the effects of bullying. Kidscape is a member of the Anti-bullying Alliance.