Lisbon Half Marathon is an annual international half marathon competition which is contested every March in Lisbon, Portugal. It carries IAAF Gold Label Road Race status.[1] The men's course record, set by Zersenay Tadese in 2010, is also the world record for the half marathon distance.[2] Kenyan runners have been very successful in the competition, accounting for over half of the total winners, with Tegla Loroupe taking the honours in the women's race on six separate occasions.[3] The Lisbon Half Marathon is not to be confused with Portugal Half Marathon, another prominent half marathon race which is also held in Lisbon in September. 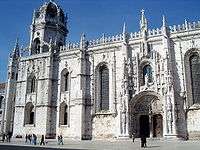 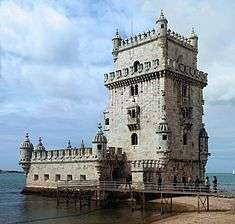 The course passes the Jerónimos Monastery (left) and the Belém Tower

The course was judged as non-permissible for records until 2008, in which year the organisers changed the elite course to allow for records. The new course begins at sea level on the north side of the river Tagus, a change which made the course entirely flat. The course for the mass participation race, which has attracted almost 30,000 runners in previous years, remained unchanged and begins by crossing the Ponte 25 de Abril suspension bridge before linking up with the new elite course.[5][6]

The current elite course of the half marathon begins in a small town on the north bank of the Tagus, no longer crossing the bridge,[7] and the course is wide and flat from there on. Heading eastwards towards the city centre, the course passes the docks and traces a route alongside much of the city's historical architecture, including the Belém Tower and Jerónimos Monastery.[6]

From 2008 onwards, the organisers set aside a €50,000 prize pot for any athlete breaking the world record over the half marathon distance. This led to the participation of a number of prominent athletes, with marathon world record holder Haile Gebrselassie winning the 2008 edition, while Charles Kamathi and Robert Kipkoech Cheruiyot followed behind.[8] Another strong field was assembled in 2010 and Zersenay Tadese of Eritrea broke both the 20 kilometres and half marathon world records in his winning run.[2]

The competition also hosts a mini marathon race, which has featured many prominent Portuguese citizens, including the former President of Portugal Jorge Sampaio, and José Socrates, the Portuguese Prime Minister.[4] Energias de Portugal has sponsored the competition for a number of years.[8][4] 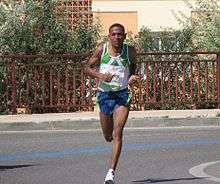 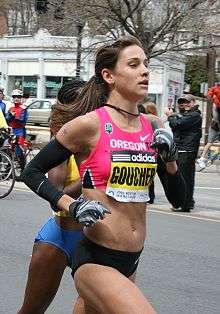 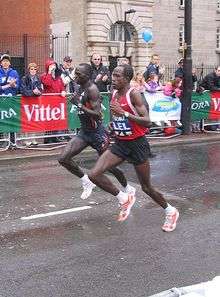 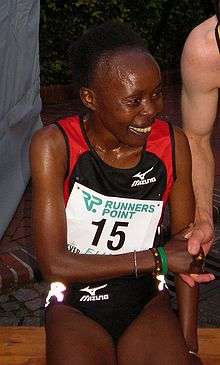