Lord is an appellation for a person or deity who has authority, control, or power over others acting like a master, a chief, or a ruler.[1][2] The appellation can also denote certain persons who hold a title of the peerage in the United Kingdom, or are entitled to courtesy titles. The collective "Lords" can refer to a group or body of peers.

According to the Oxford Dictionary of English, the etymology of the word can be traced back to the Old English word hlāford which originated from hlāfweard meaning "loaf-ward" or "bread keeper", reflecting the Germanic tribal custom of a chieftain providing food for his followers.[3] The appellation "lord" is primarily applied to men, while for women the appellation "lady" is used. However, this is no longer universal: the Lord of Mann, a title currently held by the Queen of the United Kingdom, and female Lord Mayors are examples of women who are styled Lord.

Under the feudal system, "lord" had a wide, loose and varied meaning. An overlord was a person from whom a landholding or a manor was held by a mesne lord or vassal under various forms of feudal land tenure. The modern term "landlord" is a vestigial survival of this function. A liege lord was a person to whom a vassal owed sworn allegiance. Neither of these terms were titular dignities, but rather factual appellations, which described the relationship between two or more persons within the highly stratified feudal social system. For example, a man might be Lord of the Manor to his own tenants but also a vassal of his own overlord, who in turn was a vassal of the King. Where a knight was a lord of the manor, he was referred to in contemporary documents as "John (Surname), knight, lord of (manor name)". A feudal baron was a true titular dignity, with the right to attend Parliament, but a feudal baron, Lord of the Manor of many manors, was a vassal of the King.

Lord of the manor

See also: Lord of the manor

The substantive title of "Lord of the Manor" came into use in the English medieval system of feudalism after the Norman Conquest of 1066. The title "Lord of the Manor" was a titular feudal dignity which derived its force from the existence and operation of a manorial court or court baron at which he or his steward presided. To the tenants of a manor their lord was a man who commanded on occasion the power of exercising capital punishment over them. The term invariably used in contemporary mediaeval documents is simply "lord of X", X being the name of the manor. The term "Lord of the Manor" is a recent usage of historians to distinguish such lords from feudal barons and other powerful persons referred to in ancient documents variously as "Sire" (mediaeval French), "Dominus" (Latin), "Lord" etc. The title of "Lord of the Manor" is recognised by the British Government, in the form of the Her Majesty's Land Registry, as one of three elements of a manor that can affect Land Registry.[4] Modern legal cases have been won by persons claiming rights as lords of the manor over village greens. The heads of many ancient English land-owning families have continued to be lords of the manor of lands they have inherited.

The UK Identity and Passport Service will include such titles on a British passport as an "observation" (e.g., 'The Holder is the Lord of the Manor of X'), provided the holder can provide documentary evidence of ownership,[5] as will Passport Canada. The United States [6] however, forbids the use of all titles on passports. Australia forbids the use of titles on passports if those titles have not been awarded by the Crown (in reference to the Australian Monarchy) or the Commonwealth (in reference to the Australian Government).[7]

The Scottish title Laird is a shortened form of 'laverd' which is an old Scottish word deriving from an Anglo-Saxon term meaning 'Lord' and is also derived from the middle English word 'Lard' also meaning 'Lord'. 'Laird' is a hereditary title for the owner of a landed estate in the United Kingdom and is a title of gentry. The title of Laird may carry certain local or feudal rights, although unlike a Scottish Lordship of Parliament, a Lairdship has not always carried voting rights, either in the historic Parliament of Scotland or, after unification with the Kingdom of England, in the British House of Lords. 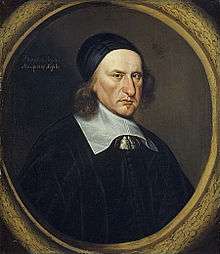 Lord is used as a generic term to denote members of the peerage. Five ranks of peer exist in the United Kingdom: in descending order these are duke, marquess, earl, viscount, and baron. The appellation "Lord" is used most often by barons, who are rarely addressed by their formal and legal title of "Baron", a notable exception being during a baron's introduction into the House of Lords when he begins his oath by saying "I, Baron X...of Y...". The correct style is 'The Lord (X)': for example, Alfred Tennyson, 1st Baron Tennyson, is commonly known as "The Lord Tennyson". Marquesses, earls and viscounts are commonly also addressed as Lord. Dukes use the style "The Duke of (X)", and are not correctly referred to as 'Lord (X)'. Dukes are formally addressed as 'Your Grace', rather than 'My Lord'. In the Peerage of Scotland, the members of the lowest level of the peerage have the substantive title 'Lord of Parliament' rather than Baron.

"Lord" is also used as a courtesy title for some or all of the children of senior members of the peerage: for example the younger sons of dukes and marquesses are entitled to use the style "Lord (first name) (surname)". As these titles are merely courtesy titles, the holder is not by virtue of the title a member of the peerage and is not entitled to use the definite article 'The' as part of the title.

In the UK, the upper house of Parliament is officially termed the House of Peers, but is commonly called the House of Lords (or just 'The Lords'). The rank of Earl is the most ancient degree of English nobility, the only rank dating back to before the Norman conquest. William the Conqueror created the rank of Baron in 1066 to reward his loyal Knights. A commoner who is raised directly to a high degree in the peerage, for example a former prime minister who becomes an Earl, is always created a Baron at the same time, by historic precedent. Indeed, the peerage was anciently termed the baronage before the higher degrees were created. Three different classifications exist: 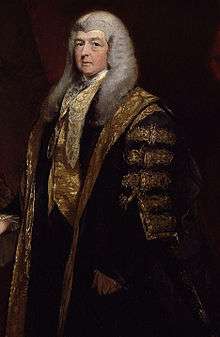 Charles Pepys, 1st Earl of Cottenham, a Lord Chancellor of the United Kingdom

Until the creation of the Supreme Court of the United Kingdom (early 21st century), certain judges sat in the House of Lords by virtue of holding life peerages. They were known collectively as the Law Lords. Those Law Lords who had held the office of Justice of the Supreme Court of the United Kingdom lost the right to sit and vote in the House of Lords, despite retaining their life peerages, upon creation of the Supreme Court. The appellation "Lord" is also used to refer to some judges in certain Commonwealth legal systems, who are not peers. Some such judges, for instance judges of the Court of Appeal of England and Wales, are called "Lord Justice". Other Commonwealth judges, for example judges of Canadian provincial supreme courts, are known only as Justices but are addressed with deference in court as 'My Lord', 'My Lady', 'Your Lordship' or 'Your Ladyship'.

Examples of judges who use the appellation "lord" include:

In Britain, and in most countries that are members or former members of the Commonwealth, bishops may be addressed as "My Lord" or "My Lord Bishop", particularly on formal occasions. This usage is not restricted to those bishops who sit in the House of Lords. Indeed, by custom, it is not restricted to bishops of the Church of England but applies to bishops of the Church in Wales, the Scottish Episcopal Church and the Roman Catholic Church, and may be applied (though less commonly) to bishops of other Christian jurisdictions. However, in modern times it has become more common to use simply the one word "Bishop".

In the United States, bishops are addressed as "Excellency".

Various other high offices of state in the United Kingdom, Commonwealth and Republic of Ireland are prefixed with the deferential appellation of "lord" such as Lord Chancellor, Lord Privy Seal, Lord President of the Council and Lord Mayor. Holders of these offices are not ex officio peers, although the holders of some of the offices were in the past always peers.

In most cultures in Europe an equivalent appellation denoting deference exists. The French term Mon Seigneur ("My Lord"), shortened to the modern French Monsieur derives directly from the Latin seniorem, meaning "elder, senior".[9] From this Latin source derived directly also the Italian Signore, the Spanish Señor, the Portuguese Senhor.

Non-Romance languages have their own equivalents. Of the Germanic family there is the Dutch Meneer/Mijnheer/De Heer (as in: aan de heer Joren Jansen), German Herr, and Danish Herre. All three of these stem from a Germanic title of respect (in this case, from the Proto-Germanic root *haira, "hoary, venerable, grey", likely a loan translation of Latin seniorem; possibly also related to *harjo, "war band, army" in the sense of a military leader).[10][11] In other European languages there is Welsh Arglwydd, Hungarian Úr, Greek Kyrie, Polish Pan, Czech pán, Breton Aotrou, Albanian Zoti.

Philippine languages have different words for "lord", some of which are cognates. Tagalog has Panginoón for "lord" in both the noble and the religious senses. Its root, ginoo, is also found in Visayan languages like Cebuano as the term for "lord". Ginoo is also the Tagalog root for Ginoóng, the modern equivalent of the English term "Mister" (akin to how Romance language terms like señor may be glossed as either "lord", "mister", or "sir"). Ilocano meanwhile employs Apo for "Lord" in religious contexts; it is a particle that generally accords respect to an addressee of higher status than the speaker.

Lord is used as a title of deference for various gods or deities. The earliest recorded use of Lord in the English language in a religious context was by English Bible translators such as Bede. It was widely used in the King James Bible translated in the 17th century, see also Jesus is Lord.