Mödling is the capital of the Austrian district of the same name located approximately 14 km south of Vienna.

Mödling lies in Niederösterreich's industrial zone. The Mödlingbach, a brook which rises in the Wienerwald, flows through the town. Near Achau it joins with the Schwechat. Woodland occupies a large part of the municipality, part of the Föhrenberge ('Pine Mountains').

Located immediately south of Vienna, and within the boundaries of the district of Mödling, is one of the largest shopping centres in Europe: Shopping City Süd (SCS). 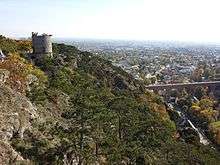 View over parts of Mödling Grapes are grown on the slopes of the Wienerwald; the area is called Thermenregion, where one can find much Heurigen (the most recent year's wine).

Wiener Neudorf to the east, and Maria Enzersdorf to the north, merge directly into Mödling. South of Mödling is Gumpoldskirchen, separated by the Eichkogel with its very special flora. In the west a narrow street runs through Vorderbrühl, formally a village in its own rights, and leads to Hinterbrühl. This narrow valley is called Klausen, above it the remains of the Mödling castle, once belonging to the Babenberger, the then ruling family. On the other side of the Klausen is the Kalenderberg, with the castle of Liechtenstein on its far side. The beginning of the Klausen is marked by the large red-brick aqueduct of the Erste Wiener Hochquellenwasserleitung. The steep, rocky valley sides of the Naturpark Föhrenberge grow the typical Wienerwald-Schwarzföhren (the austriaca form of the European Black Pine, Pinus sylvestris). 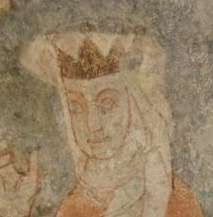 A sundial on an old building on Freiheitsplatz (Freedom Square). The sundial is originally from the year 1503, as indicated by the painting.

The settlement dates back to the Neolithic era. Through the centuries, the name of the town evolved from Medilihha to Medelikch, Medling and, finally, Mödling. These names traces back to old Slavic meaning 'slowly running water'. Today there is a quaint old town with a pedestrian area. The town was the residence of a branch of the Babenberger family, as a result of which it received the nickname Babenbergerstadt ('Town of the Babenbergers').

Traces of the first settlements of the Hallstatt culture from the Neolithic era were found on the Kalenderberg. Roman coins and a Roman burial site have been found near today's railway station.

After Charlemagne's victory in 803 AD against the Avars, the area around Mödling was settled by settlers from Bavaria. About 500 Avar graves were found in the area of the "Goldenen Stiege" (very close to today's old city).

The first ancient document mentioning "MEDILIHHA ULTRA MONTEM COMMIGENIUM" is dated 8 September 903, when two bishops (of the then Roman Catholic church) exchanged lands. However, in 907 the settlement seems to have been destroyed again. After the battle on the "Lechfeld" settlement in the area of today's Mödling started again.

After this, for some time Mödling housed a relative of the then ruling House of Babenberg. Hence their castle's ruin. In 1177, Henry the Elder, son of Henry II Jasomirgott, became landlord in an area reaching from Liesing to Piesting and Bruck an der Leitha. You can read this in old documents kept in the nearby monastery of Heiligenkreuz. In Henry's days arts and culture dominated in the castle of Mödling; the famous minnesinger Walther von der Vogelweide stayed there more than once. The Spitalkirche and today's St. Othmar were built in the 15th century, the Karner (charnel house) in the 12th.

Even in these times, Mödling grew grapes; after Langenlois, it was the largest grape-growing community in Lower Austria.

Duke Albrecht II, in 1343 granted the rights of a "Market" to Mödling.

In 1529, the Ottomans devastated Mödling for the first time. In 1679, many citizens died of the Black Death. When the Ottomans came again in 1683, almost all the citizens of Mödling were killed. The second epidemic of the Black Death only brought death to 22 inhabitants, hence the survivors built the monument of the Holy Trinity (Dreifaltigkeits- or Pestsäule, Freiheitsplatz).

Arnold Schönberg lived in Mödling between 1918 and 1925, and invented his twelve-tone technique of composition there.

From 1883 to 1932, Mödling was the starting point of the Mödling and Hinterbrühl Tram, Austria's first electric railway and world's first long-lasting tram with overhead lines. In 1938, after the Anschluss with Nazi Germany, Mödling was incorporated into the newly formed 24th District of Vienna. In 1954, it became once again a part of Lower Austria.

Mödling functions as a traffic hub for its direct vicinity. Bus lines connect the town and Südbahn with the surrounding areas. The Südbahn connects Mödling to Vienna, but also to other local centers like Wiener Neustadt by commuter trains.

Until the 1960s, the town was connected to the tram system of Vienna though the line 360 was discontinued after the commuter train system was introduced on the Südbahn. Historically Mödling was the site of the first electrified tram line, which had mainly touristic use.

In the old days, because of the rail-connection to the north/Vienna and to the south, several large industries had their plants here. Today most of the firms are SMEs. The larger ones have moved to Wiener Neudorf into the 'Industriezentrum Niederösterreich Süd'.

The Mödling area in the Vienna Forest contains many old castles (German: Burgen) and ruins. Castle Liechtenstein is the most famous and biggest castle. It was owned by the wealthy family who later founded the country of the same name. Burgruine Mödling also stands nearby and is one of the oldest ruins in the area. It dates back to the 11th century. In addition, Black Tower (Schwarzer Turm) looks out over downtown Mödling from the Calendar mountains. It was built over 200 years ago, but is still privately occupied to this day. Lastly, on the walk between Black Tower and Castle Liechtenstein, one will come across a 200-year-old amphitheatre nearly buried in the woods. It was built in the same time frame as the Black Tower and served as an important cultural centre for the local Mödling population. 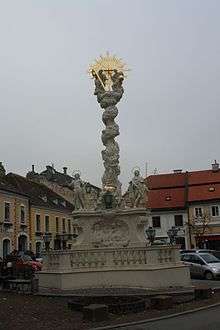 The well-preserved and revitalized Old City is protected by the Hague Convention. The town hall holds the registry office. Because of its lovely environment many couples choose to marry here. Schrannenplatz and Kaiserin-Elisabeth-Strasse were pedestrianised at the very early date of 1976, the first time a 'Bundesstraße' had been declared a pedestrian area.

Nearby is the Eichkogel Nature Reserve, with rare flora, like 'Knollen-Brandkraut' (Phlomis tuberosa) and others, on 'Halbtrockenrasen'. Among the rocks in the Klausen rare plants grow, like the 'Mödlinger Federnelke' (Dianthus plumarius subsp. neilreichii), which was discovered as late as the middle of the 19th century by the botanist August Neilreich, or the 'Deutsche Alant' (Inula germanica). 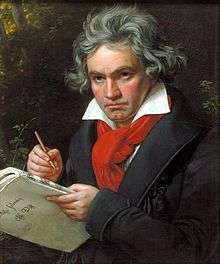 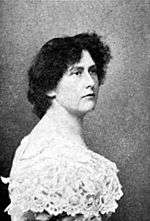 Mödling is twinned with [4]