Saint-Gilles has a multicultural identity stemming from its diverse population. For example, the central square (French: Place Van Meenen, Dutch: Van Meenenplein) hosts the annual festival of Brussels' Portuguese community. The housing stock varies from semi-derelict tenements near the Brussels-South railway station in the north, to elegant patrician houses on the southern borders with Uccle and Ixelles, to tourist hotels at the inner end of the Chaussée de Charleroi/Charleroisesteenweg. Saint-Gilles is also known as one of the centers of artistic and student life in Brussels .

The first houses of the hamlet of Obbrussel (meaning Upper-Brussels) were built between the 7th and the 11th century close to Altitude 100, one of the points of highest elevation in Brussels, now part of Forest. In 1216, following strong demographic growth in the area, the Forest Abbey allowed Obbrussel to become an independent parish. This independence, however, was to last only eighty years, after which the administration of the village was given to Brussels. By the 16th century, Obbrussel had grown to 41 houses. 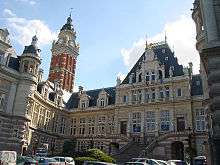 In 1670, following orders from the Spanish government, the Count of Monterey built a fort in Obbrussel as part of the fortifications of Brussels to protect the city of Brussels against possible attacks. Erected in 1675, this fort was dismantled in the following century to give way to several important toll roads and urban development. The name of the Barrière de Saint-Gilles/Bareel van Sint-Gillis neighbourhood still commemorates those tolls to this day.

During the French regime, on August 31, 1795, the village, by now called Saint-Gilles after its patron saint and main church, merged with neighbouring villages to form Uccle. Four years later, it gained its independence again, with its own mayor and municipal counsel. In 1830, Brussels became the capital of newly founded Belgium. As a result, the rural village of Saint-Gilles, known for centuries for its cabbage cultivation, went through an unprecedented construction spree. The population went from 2,500 around 1800 to more than 33,000 in 1880 to a peak of 60,000 in 1910.

The streets pattern was completely remodeled in the 1860s by architect and urbanist Victor Besme. These were the years when the Louise Avenue, the Brussels-South railway station, and the new Saint Giles church were built, to be followed soon after by the new jail and city hall. Today, Saint-Gilles is one of the densest municipalities of the Brussels agglomeration. 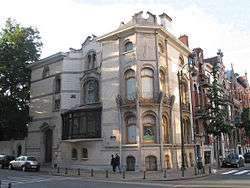 The local council usually has a socialist majority, and the current mayor is Charles Picqué, who is a former Minister-President of the Brussels-Capital Region.

Saint-Gilles’s dense population is well served by public transport: the Brussels-South railway station with its international high speed connections sits at the northern tip of the municipal territory, and the underground premetro line passes southwards through it. Inhabitants have access to the 3, 4, 51, 81, 90, 91, 92, 93, 94 and 97 trams as well as buses 48 to Stalle, 134 to St-Job, 136/137 to Alsemberg, 365a to Charleroi and W to Waterloo. There are 5 pods of Cambio shared cars, at Dumont, Horta, Janson, Parvis/Voorplein and Porte de Hal/Hallepoort. A car is also sited at the Village Partenaire business centre at Rue Théodore Verhaegen 150.

As of 2016 the Taiwanese airline EVA Air provides shuttle buses to and from Amsterdam Airport Schiphol from Saint-Gilles, near the Brussels-South (Midi) railway station. The service is operated with Reizen Lauwers NV.[3]

Saint Gilles has a legendary football club called Royal Union Saint Gilloise, which was successful until the 1930s.