Madura is an Indonesian island off the northeastern coast of Java. The island comprises an area of approximately 4,078.67 km² (administratively 5,168  km² including various smaller islands to the east and north). Madura is administered as part of the East Java province. It is separated from Java by the narrow Strait of Madura. The administered area has a density of 702 people per km², while the island itself (3,630,000 people in 2012 count) is higher at 817/km².

Following the First Javanese War of Succession between Amangkurat III and his uncle, Pangeran Puger, the Dutch gained control of the eastern half of Madura in 1705. Dutch recognition of Puger was influenced by the lord of West Madura, Cakraningrat II who is thought to have supported Puger's claims in the hope that a new war in central Java would provide the Madurese with a chance to interfere. However, while Amangkurat was arrested and exiled to Ceylon, Puger took the title of Pakubuwono I and signed a treaty with the Dutch that granted them East Madura.

The Cakraningrats agreed to help the Dutch quash the 1740 rebellion in Central Java after the Chinese massacre in 1740. In a 1743 treaty with the Dutch, Pakubuwono I ceded full sovereignty of Madura to the Dutch, which was contested by Cakraningrat IV. Cakraningrat fled to Banjarmasin, took refuge with the English, was robbed and betrayed by the sultan, and captured by the Dutch and exiled to the Cape of Good Hope.

The Dutch continued Madura's administrative divisions of four states each with their own regent. The island was initially important as a source of colonial troops and in the second half of the nineteenth century it became the main source of salt for Dutch-controlled territories in the archipelago.

Madura has a population of about 3.65 million, most of whom are ethnically Madurese. The main language of Madura is Madurese, one of a family of Austronesian languages, which is also spoken in part of eastern Java and on many of the 66 outlying islands.

The Madurese are a large ethnic population in Indonesia, numbering around 7 million inhabitants. They come from the island of Madura as well as surrounding islands, such as Gili Raja, Sapudi, Raas, and Kangean Islands. In addition, many Madurese live in the eastern part of East Java, commonly called the "Horseshoe", from Pasuruan to the north of Banyuwangi. Madurese are found in Situbondo and Bondowoso, and east of Probolinggo, Jember, and a few at most who speak Javanese, including North Surabaya, as well as some of Malang.

Madura has a mix of Sunni majority and large Shia minority. However, since 2012, the interfaith discord has turned into violence, with many Shia villages around the city of Sampang being attacked and the population fleeing their home for government refugee centers. The UN Office for the Coordination of Humanitarian Affairs has provided details of such attacks in 2013.

Madura Island is part of East Java province and is divided into the following four regencies, listed from west to east: 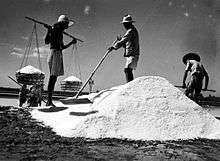 On the whole, Madura is one of the poorest regions of the East Java province. Unlike Java, the soil is not fertile enough to make it a major agricultural producer. Limited economic opportunities have led to chronic unemployment and poverty. These factors have led to long-term emigration from the island, such that most ethnically Madurese people do not now live on Madura. People from Madura were some of the most numerous participants in government transmigration programs, moving to other parts of Indonesia.

Subsistence agriculture is a mainstay of the economy. Maize is a key subsistence crop, on island's many small landholdings. Cattle-raising is also a critical part of the agricultural economy, providing extra income to peasant farmer families, in addition to being the basis for Madura's famous bull-racing competitions. Small-scale fishing is also important to the subsistence economy.

Among export industries, tobacco farming is a major contributor to the island's economy. Madura's soil, while unable to support many food crops, helps make the island an important producer of tobacco and cloves for the domestic kretek (clove cigarette) industry. Since the Dutch era, the island has also been a major producer and exporter of salt.

Bangkalan, on the western end of the island, has industrialized substantially since the 1980s. This region is within a short ferry ride of Surabaya, Indonesia's second-largest city, and hence has gained a role as a suburb for commuters to Surabaya, and as a location for industry and services that need to be near the city.

The Surabaya-Madura (Suramadu) Bridge, opened 2009, is expected to further increase the Bangkalan area's interaction with the regional economy.

Madura is famous for its bull-racing competition (called karapan sapi) where a jockey, usually a young boy, rides a simple wooden sled pulled by a pair of bulls over a course of about 100 meters in ten to fifteen seconds.

Several forms of music and theater are popular on Madura, particularly among poorer people for whom they provide an inexpensive form of entertainment and community-building. The topeng theater, which involves masked performances of classical stories such as the Ramayana and Mahabharata, is the Madurese performance art best known outside the island, due to its role as a representative Madurese art form at exhibitions of regional cultures from all over Indonesia. However, performances of it are rare on Madura, and are generally restricted to entertainment at large official functions. The less formal loddrok theater, where performers do not wear masks and perform a wider range of themes, is more popular on the island.

The gamelan orchestra, best known as a classical Javanese instrument, is also played on Madura, where several of the former royal courts, such as at Bangkalan and Sumenep, possess elaborate gamelans. Tongtong music, more exclusive to Madura, is played on several wooden or bamboo drums, and often accompanies bull-racing competitions.

The Madurese are considered to be excellent sailors. Madurese vessels loaded with cargoes of wood from other islands, like Borneo, used to ply their trade between Indonesia and Singapore. Traditional vessels of Madura, include the golekan and the leti-leti (or leteh-leteh).[4]