This article is about an 18th century sultan of Morocco. For the Ghanaian playwright, see Mohammed ben Abdallah (playwright). 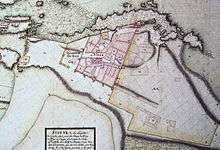 He was the son of Sultan Abdallah IV who reigned 1745–1757. A more open-minded ruler than many of his forebears, he signed numerous peace treaties with the European powers, and curtailed the power of the Barbary corsairs. He revived the city of Essaouira and invited Jews and English to trade there. He also built the old medina of Casablanca (Derb Tazi) and renovated the kasbah of Marrakesh. Mohammed III used numerous European technicians and architects for his projects, such as Théodore Cornut and the Englishman Ahmed el Inglizi.

Mohammed ben Abdallah also took steps to remove the foreign presence on Moroccan coasts. He repulsed the French in the 1765 Larache expedition. He conquered Mazagan from the Portuguese in 1769. However, the Siege of Melilla (1774) against the Spanish ended in defeat in 1775 when British aid failed to materialize. 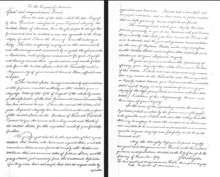 Letter of George Washington to Mohammed ben Abdallah in appreciation of the Treaty of Peace and Friendship, signed in Marrakech in 1787. 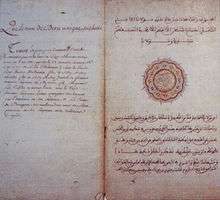 Commercial treaty signed by Mohammed ben Abdallah with France in 1767.

In 1777, under the rule of Mohammed ben Abdallah, the Sultanate of Morocco became the first nation to recognize the United States as an independent nation.[2]