He ruled from 1672 to 1727, succeeding his half-brother Moulay Al-Rashid who died after a fall from his horse. At the age of twenty-six, Moulay Ismaïl inherited a country weakened by internal tribal wars and royal successions. After al-Rashid's death on April 9th 1672, the city of Marrakesh refused to swear allegiance to Ismail, who at the time served as vice-roy in Fez. Instead, the people of Marrakesh opted for his nephew Ahmad ibn Muhriz.[4][5] This prompted Ismail to march south where he defeated Ahmad and entered Marrakesh in June 1672. But Ibn Muhriz escaped and fled to the Sous region in southern Morocco, whence he would return in 1674 and retake Marrakesh. Once in control he set about fortifying the city.

Ismail was forced to return and lay a two-year siege on the city. Marrakesh finally fell to assault in June 1677, and this time Ismail sacked the city.[5][6] Ibn Muhriz, however, again escaped to the Sous. In the following years he would make several more attempts to retake Marrakesh, before he was finally tracked down and killed in 1687.[5]

Moulay Ismaïl is also known as a fearsome ruler and used at least 25,000 slaves for the construction of his capital.[7] His Christian slaves were often used as bargaining counters with the European powers, ransoming them back for inflated sums or for rich gifts. Most of his slaves were obtained by Barbary pirates in raids on Western Europe.[8]

He has been given the epithet "The bloodthirsty"[9] for his legendary cruelty. In order to intimidate rivals, Ismail once ordered that his city walls be adorned with 10,000 heads of slain enemies. Legends of the ease in which Ismail could behead or torture laborers or servants he thought to be lazy are numerous. During the half century of Ismail's rule, it is estimated to have killed 30,000.[10]

During Moulay Ismaïl's reign, Morocco's capital city was moved from Fez to Meknes where he carried out an extensive building program that resulted in the construction of numerous gates, mosques, gardens and madrases. Some of the stones were taken from the ancient Roman ruins at Volubilis.[11]

Mausoleum of Mouley Ismaïl in Meknes

Moulay Ismaïl is noted as one of the greatest figures in Moroccan history. He fought the Ottoman Turks in 1679, 1682 and 1695/96. After these battles Moroccan independence was recognized. Another problem was the European occupation of several seaports where in 1681 he retook al-Mamurah (La Mamora) from the Spanish, which he renamed the city al-Mahdiya.[12] All the Spaniard captives from al-Mamurah including females were taken to Meknes as booty along with their possessions, arms and artillery.[13]

Later in 1684 he also conquered Tangier from the English, and in 1689 captured Larache from the Spanish.

Over 150,000 men from sub-Saharan Africa served in his elite Black Guard,[14] which helped Ismail to conquer the whole Morocco from European kingdoms except two fortresses in peninsula, Ceuta and Melilla.[15] By the time of Ismail's death, the guard had grown tenfold, the largest in Moroccan history.

He also founded Jaysh al-Rifi, an independent army of Berber tribesmen from the eastern Rif. Jaysh al-Rifi played an important role in the 17th century Moroccan wars against Spanish colonization.[16]

Moulay Ismaïl had excellent relations with Louis XIV of France, the enemy of Spain, to whom he sent ambassador Mohammad Temim in 1682. There was cooperation in several fields including having French officers training the Moroccan army and advised the Moroccans in the building of public works. 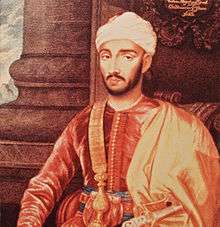 In 1682 he sent Mohammed Tenim as an ambassador to Louis XIV, and he even made an offer of marriage to Louis XIV's beautiful "legitimised" daughter Marie Anne de Bourbon. Marie Anne refused. 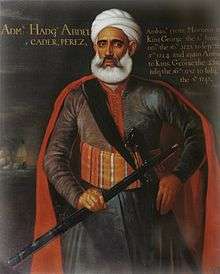 Ambassador Admiral Abdelkader Perez was sent by Ismail ibn Sharif to England in 1723.

After Moulay Ismaïl's death at the age of eighty (or around ninety by the 1634 birthdate) in 1727, there was another succession battle between his surviving sons. His successors continued with his building program, but in 1755 the huge palace compound at Meknes was severely damaged by an earthquake. By 1757 his grandson, Mohammad III moved the capital to Marrakech.

Ismail ibn Sharif is mentioned in chapter 11 of Voltaire's Candide. The character of the sultan in the novel "The Sultan's Wife" by Jane Johnson is based on Moulay Ismaïl. In Marguerite Henry's King of the Wind "Sultan Mulai Ismael, Emperor of all Morocco" sends six Arabian horses to Louis XV, "the boy King of France."[24]