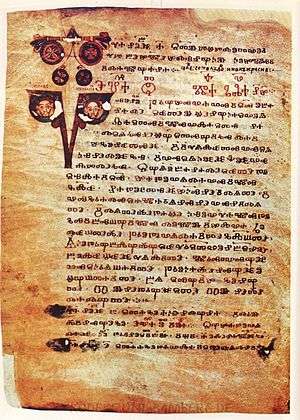 Codex Assemanius, an early example of Old Slavonic text written in Glagolitic script, may have been created in the Ohrid Literary School

This article is issued from Wikipedia - version of the 1/9/2015. The text is available under the Creative Commons Attribution/Share Alike but additional terms may apply for the media files.