Oslo Cathedral (Norwegian: Oslo domkirke) — formerly Our Savior's Church (Norwegian: Vår Frelsers kirke) — is the main church for the Church of Norway Diocese of Oslo, as well as the parish church for downtown Oslo. The present building dates from 1694-1697. 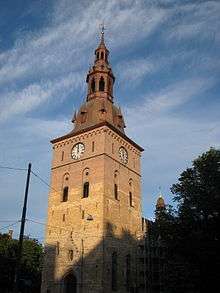 The Norwegian Royal Family and the Norwegian Government use the Cathedral for public events. It was closed for renovation in August 2006 and re-opened with a festive high mass on 18 April 2010.[1]

The current Oslo Cathedral is the third cathedral in Oslo, Norway. The first, Hallvards Cathedral, was built by King Sigurd I of Norway in the first half of the 12th century, and was located by the Old Bishop's Palace in Oslo, some 1.5 kilometers east of today's Oslo Cathedral.

For almost 500 years, Hallvards Cathedral was the most important church in the city. After a great fire in Oslo during 1624, King Christian IV decided to move the city a few kilometers west to be protected by Akershus Fortress. Construction of a new church was started in 1632, on the main square in the new city. After that, Hallvards Cathedral fell into disrepair and decayed.

In 2001, Oslo Cathedral was the site of the wedding of Haakon, Crown Prince of Norway, and Mette-Marit Tjessem Høiby. 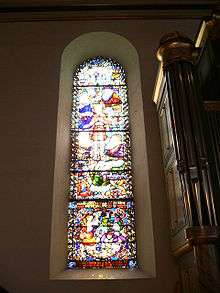 Oslo Cathedral is located at Stortorvet square north/north-east of Karl Johans gate, between Kirke gate and Dronningens gate. The Cathedral's lower end is surrounded by the Bazaar (Basarene ved Oslo domkirke), a curved long building with a tower covered in green copper like the Cathedral. Integrated with Basarene is the Fire Watch (Brannvakten) which served as Oslo's main fire station from 1860 until 1939, when today's main fire station at Arne Garborgs plass was opened. The Cathedral, Basarene and Brannvakten are all built in red brick. Both Basarene and Brannvakten were built between the years 1840-1859 from the plans of City Architect, Christian H. Grosch.

Art works from recent times in the cathedral include stained glass windows in the choir by Emanuel Vigeland installed between 1910–16, west portal's bronze doors executed by Dagfin Werenskiold (1892-1977) in 1938, and the silver sculpture with communion scene by Italian sculptor Arrigo Minerbi dating from 1930. The ceiling decorations are by Norwegian painter Hugo Lous Mohr (1889-1970). In the latter half of the 1990s, the main organ built by Ryde & Berg of Fredrikstad, was mounted behind the old baroque facade.[4][5]

Restoration was completed at the time of the city's 900 anniversary in 1950. The church was restored under the plans of architect Arnstein Arneberg. The neo-Gothic interior was removed and the original furnishings brought back. Arneberg also designed the chapel on the south side of the church. The church was closed in August 2006 for renovation and was opened in April 2010 in the presence of Harald V of Norway and the Norwegian royal family.[6]

Bishops of Oslo since the Reformation 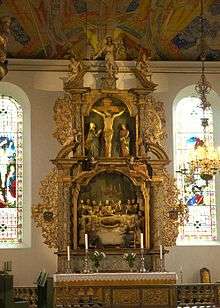 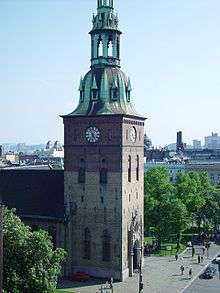 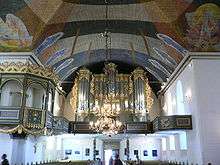 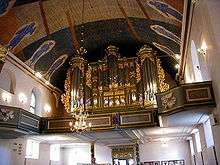