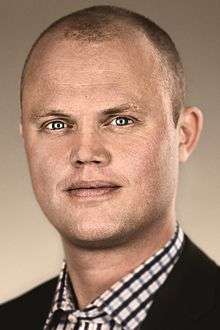 Peter Christensen (born April 25, 1975) is a Danish politician representing the Liberal Party Venstre. He is an electrician by profession and was a Member of Parliament from November 20, 2001 to June 18, 2015. He served as Chairman of Venstres Ungdom 1999–2001.