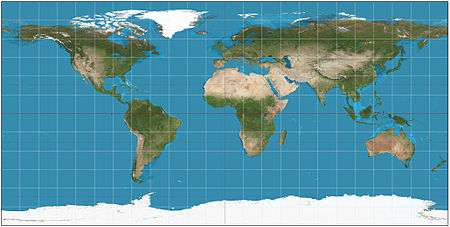 Equirectangular projection of the world; the standard parallel is the equator (plate carrée projection). 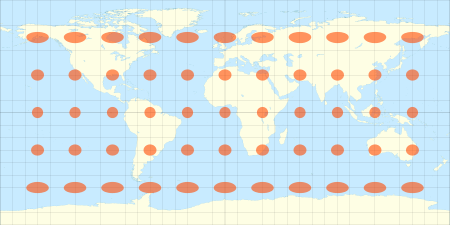 The equirectangular projection with Tissot's indicatrix of deformation

While a projection with equally spaced parallels is possible for an ellipsoidal model, it would no longer be equidistant because the distance between parallels on an ellipsoid is not constant. More complex formulae can be used to create an equidistant map whose parallels reflect the true spacing.