Many nations' post offices operated or continue to operate postal savings systems to provide depositors who do not have access to banks a safe, convenient method to save money and to promote saving among the poor. 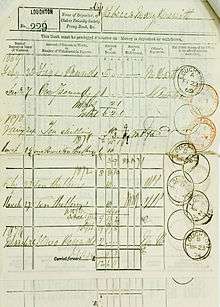 This 1869 deposit book would be carried by the customer, and is a typical record of a British Post Office Savings Bank savings account.

The first nation to offer such an arrangement was Great Britain in 1861. It was supported by Sir Rowland Hill, who successfully advocated the penny post, and William Ewart Gladstone, then Chancellor of the Exchequer, who saw it as a cheap way to finance the public debt. At the time, banks were mainly in the cities and largely catered to wealthy customers. Rural citizens and the poor had no choice but to keep their funds at home or on their persons.

The original Post Office Savings Bank was limited to deposits of £30 a year with a maximum balance of £150. Interest was paid at the rate of two and one-half percent per year on whole pounds in the account. Later the limits were raised to a maximum of £500 a year in deposits and no limit on the total. Within five years of the establishment of the system there were over 600,000 accounts and £8.2 million on deposit. By 1927, there were twelve million accounts—one in four Britons—with £283 million (£15,234 million today) on deposit.

The British system first offered only savings accounts. In 1880, it also became a retail outlet for government bonds, and in 1916 introduced war savings certificates renamed National Savings Certificates in 1920.[1] In 1956, it launched a lottery bond, the Premium Bond, which became its most popular savings certificate.[1] Post Office Savings Bank became National Savings Bank in 1969, later renamed National Savings and Investments (NS&I), an agency of HM Treasury. While continuing to offer National Savings services, the (then) General Post Office, created the National Giro in 1968 (privatized as Girobank and acquired by Alliance & Leicester in 1989) and more recently, Post Office Ltd. offers savings accounts based on its brand, operated by the Bank of Ireland, a commercial bank and Family Investments, a friendly society.

The Post Office branded services are similar to some of NS&I's services, and include instant savings, Individual Savings Accounts, seasonal savings and savings bonds.[2][3][4][5] Post Office Ltd also provides a Post Office card account that accepts only direct deposits of certain state pension and welfare payments, permitting cash withdrawals over the counter.[6] This last account is offered in partnership with the Department for Work and Pensions, until 2010 through investment banking and asset management company JP Morgan. (This contract has recently been awarded to JP Morgan to run till 2015)

Many other countries adopted such systems. Many were later abolished or privatized, though some countries offer postal savings and banking through partnerships with commercial banks. 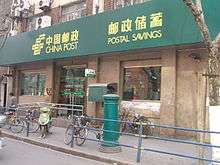 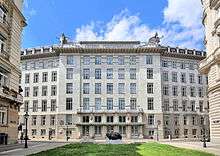