Ramanujan is a 2014 biographical film based on the life of renowned Indian mathematician Srinivasa Ramanujan. The film written and directed by Gnana Rajasekaran, was shot back to back in the Tamil and English languages.[1] Ramanujan has been produced by the independent Indian production house Camphor Cinema. The cast consists of Indian and British film, stage and screen personalities. It marks the film debut of Abhinay Vaddi, the grandson of veteran Tamil film actors Gemini Ganesan and Savitri, as the protagonist.

Set in the early 1900s, the film traces the life of the prodigious math genius Srinivasa Ramanujan from the time he was a young Tamil Brahmin to his years in England, where he attended Cambridge University during World War I. The film follows his relationships with his mother Komalatammal, his wife Janaki, and his collaborator Professor G. H. Hardy. The film also showcases how Indian society viewed a mathematician of such great stature.[2]

"We had very few photos of Ramanujan and his family. So, we had to purely depend on whatever information was available on the social setup of Iyengars and other castes of that period. We had to design costumes keeping in mind the three phases of his life and those surrounding him — the Kumbakonam phase, his life in Chennai and then, in London,"

— Shakuntala, on designing the looks for Ramanujan[6]

Gnana Rajasekaran looked for an actor, who would physically resemble Ramanujan and signed Abhinay Vaddi for the main role, who is the grandson of veteran Tamil actor Gemini Ganesan. Michael Lieber was signed to play Edensor Littlewood. Lieber confessed he had no knowledge of Ramanujan, when he signed the film, and went as far as to meet Bela Bollobas, who worked with Littlewood personally, for his research work. He found it difficult to speak the Tamil lines, but appreciated it later on, "I would be lying if I said that the task of learning Tamil was not daunting at first, but once I got the hang of it I was able to appreciate what a beautiful language it is. There were many different ways of learning the Tamil lines; some used audio tapes, prompting, flash cards, or word boards. I learnt the meaning of the words and memorised chunks of dialogue."[1] Similarly, Kevin McGowan, who was signed for the role of G. H. Hardy, was unfamiliar with the story of Ramanujan. The film also stars Bhama, Suhasini Maniratnam, Abbas and Richard Walsh amongst others.[7][8] Sunny Joseph, best known for his high-profile Malayalam works with directors Adoor Gopalakrishnan and Shaji N. Karun, was signed as cinematographer. 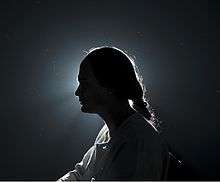 A still from the film

The film has been shot in the five main locations of Ramanujan's life, Kumbakonam, Namakkal, Chennai, London and Cambridge.[9] The first two schedules were shot in India while the third was done in England, where they took the permission of Cambridge University to shoot.[10] The task to create a script in multiple languages was described by Sindhu Rajasekaran as "quite a chore. Roxane de Rouen and I are working with Gnana Rajasekaran, the director of ‘Ramanujan,’ to make the characters speak words that make them real. No, you wouldn’t find roadside urchins who speak in Queen’s English here; people would speak what comes to them naturally: Tamil, English, Indian English, even Tamenglish. What a delight it is to live in this world where languages are not borders, but an element to experiment with…"[11]

"My music tries to delve into the unfathomable mysterious and mystical mind of Ramanujan in its own world, which invariably found bliss in the triumph of originating newer and newer theorems. The music represents the tribulations of Ramanujan's life torn between hope and despair, and the loneliness that came along with the genius".

— Vinayakam, on composing the music for Ramanujan[12]

The film's soundtrack and score were composed by Ramesh Vinayakam. Vinayakam called it an honour to have composed music for the film and "an opportunity for me to travel on a new path" and added that he was given the required creative freedom by the director and producer.[13] He said that he had to go classical for one part of the film and into European sounds for another segment.[14] No modern instruments, but old world instruments were used in order to bring the period alive,[13] while four orchestral pieces were recorded in Germany, where the composer worked with the Stuttgart-based GermanPops Orchestra that has worked on contemporary and classical styles.[14] Being a film about a mathematician, the songs were related to mathematical terms as well. Poet Vaali had written a number, "Narayana Narayana", which was said to "incorporate the idea of infinity and nothingness", while another number, written by Thirumalisai Alvar thousands of years ago, "stresses that numbers are absolute".[15] One of the instrumental tracks, "One to Zero" was described as a "musical metaphor" as it was based on the numbers, with Vinayakam explaining, "One is represented by one note, two by two notes and so on, while zero is represented by a rest.[15] After the initial exposition, at any point of time, three of these layers criss-cross each other from a distance of one beat from each other".[14] "Narayana" was sung by Vani Jayaram, who said that she was initially surprised that she was given a song whose pitch (shruthi) was less than what she usually sings in but came to know that, in the days of Ramanujan, people only sang in that pitch.[14]

The soundtrack album of Ramanujan was released at the Suryan FM radio station in Chennai on 13 June 2014.[16] The album, which features eight tracks, including four songs and four instrumentals, was praised by critics. Indiaglitz in its review wrote, "Ramesh Vinayakam was always there and thereabouts with his wonderful albums in the past. With this album he has struck the right chords towards his name once again. This must be the break he's been looking for years". musicaloud.com gave it a score of 9 out of 10 and wrote, "Ramesh Vinayakam expertly draws from Carnatic and Western classical styles to produce one of the finest period film soundtracks ever".[17] Behindwoods.com gave it 3 stars out of 5 and wrote, "Ramanujan enthralls the listener by transporting them to a bygone era of classical music".[18] Ramanujan was also named by Deccan Music[19] and Milliblog[20] as the best Tamil music album of the year 2014.

The film received mixed reviews from critics, who generally praised the acting but criticized the writing. The Deccan Chronicle called Ramanujan "a brilliant piece on canvas with edifying moments and relevance to modern age" and went on to add that it was "not to be missed", giving it 3.5/5 stars.[21] S. Saraswathi of Rediff wrote, "Ramanujan is a brilliant film, a must watch" and gave the film 4/5.[22] Gautaman Bhaskaran of The Hindustan Times gave the film 3/5 stars and wrote, "The movie is a poignant look at the way a prodigy struggled and suffered in a penurious family, a mastermind whose mathematical wizardry invited ridicule and revulsion in far lesser mortals. Rajasekaran, who also scripted the film, takes us through a linear narrative to tell us about the intelligence of boy Ramanujan as he completely foxes his school-master with a little insight into the importance of zero, and later about his frustration when he hits a wall in his quest to sink into, and shine, with numbers".[23] Sify wrote, "Making biopics is indeed very challenging and the director has been successful to a very large extent to bring out each and every character. Gnana Rajasekaran has done a well-researched biopic on Ramanujam...it is a film that is definitely worth viewing".[24] IANS gave it 3/5 and wrote, "Gnana Rajasekaran certainly knows the art and succeeds narrating an inspiring tale, but his work doesn’t resonate deep within. This is so because the director merely recreates several important episodes from Ramanujan’s life on the screen while ignoring the need to build a screenplay to keep the viewers hooked".[25] Bharath Vijayakumar of Moviecrow rated 3/5 stars and said, "Ramanujan is a noble effort and a fascinating insight about the life and times of this Maths Wizard who lived all his life in unison with his true love.".[26]

In contrast, The New Indian Express wrote, "The director’s persistent effort to bring on celluloid lives of eminent people is laudable. But a movie is not only about the theme, but also about how it is presented on screen. And the presentation of the life and journey of the mathematical genius is disappointing and uninspiring".[27] Baradwaj Rangan of The Hindu wrote, "The film runs nearly three hours and it’s puzzling why it needed to. There appears to have been no effort to streamline the events of Ramanujan’s life. The writing, too, fails to make Ramanujan interesting", going on to add "The great man certainly deserved a better movie".[28] S. Rajasekar from Cinemalead wrote "On the whole, if you want to know about Ramanujan, go and see this Gnana Rajasekaran’s Ramanujan but if you really want to have a perfect biopic watching experience, I would say the director has missed few things in making Ramanujan as a cult classic." giving it 3/5.[29] Behindwoods gave it 2.5/5 stars and wrote, "Rajasekaran should be credited for showcasing the life, tribulations and accomplishments of an unsung Math genius on the silver screen thereby making the legend be known to a wider audience", but called it "A sincerely made biopic, which falls short of inspiring".[30] M. Suganth of the Times Of India gave 2.5/5 and wrote, "For a film that is about a man with astounding talent, the filmmaking is largely unimaginative. The staging is somewhat old-fashioned (read dated), the pacing staid and the film often slips into the kind of melodrama that you nowadays find in TV serials.".[31] Daily India gave 2.5/5 and stated, "In overall, Ramanujan is a cleanly made and it's a very rare kind of movie in biopics genre. Editing and cinematography is worth praising. Abhinay Vaddi, the grandson of veteran Tamil film actor Gemini Ganesan done a good job and made justice to their roles.".[32] Indiaglitz gave 2.25/5 and wrote, "An honest attempt to drive through the life of a genius gets stuck at lot of bumpers.".[33]