For other uses, see Rutland (disambiguation). 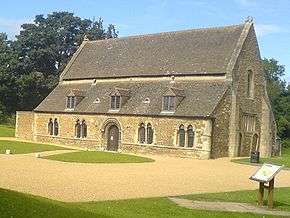 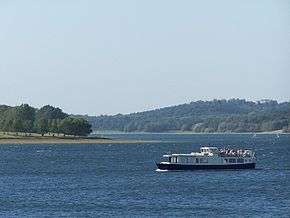 Rutland /ˈrʌtlənd/ is a landlocked county in the East Midlands of England, bounded to the west and north by Leicestershire, to the northeast by Lincolnshire and the southeast by Northamptonshire.

Its greatest length north to south is only 18 miles (29 km) and its greatest breadth east to west is 17 miles (27 km). It is the smallest historic county in England and the fourth smallest in the UK as a whole. Because of this, the Latin motto Multum in Parvo or "much in little" was adopted by the county council in 1950.[1] It has the smallest population of any normal unitary authority in mainland England and only the City of London is smaller in terms of area. Among modern ceremonial counties the Isle of Wight, City of London and City of Bristol are smaller in area. The former County of London, in existence 1889 to 1965, also had a smaller area. It is 348th of the 354 districts in population.

The only towns in Rutland are Oakham, the county town, and Uppingham. At the centre of the county is the large artificial reservoir, Rutland Water, which is an important nature reserve serving as an overwintering site for wildfowl and a breeding site for ospreys.

Rutland's older cottages are built from limestone or ironstone and many have roofs of Collyweston stone slate or thatch.

The origin of the name of the county is unclear. In a 1909 edition of Notes and Queries Harriot Tabor suggested "that the name should be Ruthland, and that there is a part of Essex called the Ruth, and that the ancient holders of it were called Ruthlanders, since altered to Rutland";[2] however, responses suggest "that Rutland, as a name, was earlier than the Norman Conquest. Its first mention, as "Roteland", occurs in the will of Edward the Confessor; in Domesday it is "the King's soc of Roteland", not being then a shire; and in the reign of John it was assigned as a dowry to Queen Isabella.[3]

The northwestern part of the county was recorded as Rutland, a detached part of Nottinghamshire, in Domesday Book; the south-eastern part as the wapentake of Wicelsea in Northamptonshire. It was first mentioned as a separate county in 1159, but as late as the 14th century it was referred to as the 'Soke of Rutland'. Historically it was also known as Rutlandshire, but in recent times only the shorter name is common.

Rutland may be from Old English hryþr or hrythr "cattle" and land "land", as a record from 1128 as Ritelanede shows. However, A Dictionary of British Place-Names by A D Mills gives an alternative etymology, "Rota's land", from the Old English (Anglo-Saxon) personal name and land land.[4] It is from the alternative interpretation of red land that the traditional nickname for a male person from Rutland, a "Raddle Man", derives.[5] 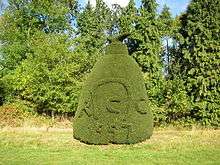 Earl of Rutland and Duke of Rutland are titles in the peerage of England held in the Manners family, derived from the historic county of Rutland. The Earl of Rutland was elevated to the status of Duke in 1703 and the titles were merged. The family seat is Belvoir Castle, Leicestershire.

The office of High Sheriff of Rutland was instituted in 1129, and there has been a Lord Lieutenant of Rutland since at least 1559.

By the time of the 19th century it had been divided into the hundreds of Alstoe, East, Martinsley, Oakham and Wrandike.

Rutland covered parts of three poor law unions and rural sanitary districts (RSDs): those of Oakham, Uppingham and Stamford. The registration county of Rutland contained the entirety of Oakham and Uppingham RSDs, which included several parishes in Leicestershire and Northamptonshire – the eastern part in Stamford RSD was included in the Lincolnshire registration county.

Oakham Urban District was created from Oakham Rural District in 1911. It was subsequently abolished in 1974.[6]

Rutland was included in the "East Midlands General Review Area" of the 1958–67 Local Government Commission for England. Draft recommendations would have seen Rutland split, with Ketton Rural District going along with Stamford to a new administrative county of Cambridgeshire, and the western part added to Leicestershire. The final proposals were less radical and instead proposed that Rutland become a single rural district within the administrative county of Leicestershire.[7]

In 1994, the Local Government Commission for England, which was conducting a structural review of English local government, recommended that Rutland become a unitary authority. This was implemented on 1 April 1997, with Rutland regaining a separate Lieutenancy and shrievalty as well as its council regaining control of county functions such as education and social services.

Under the Poor Laws, Oakham Union workhouse was built in 1836–37 at a site to the north-east of the town, with room for 100 paupers. The building later operated as the Catmose Vale Hospital, and now forms part of the Oakham School.[11]

There are 26 councillors representing 16 wards on Rutland County Council.

Alan Duncan has been the Conservative Member of Parliament for Rutland and Melton since 1992.

See also: List of settlements in Rutland by population

In 2006 it was reported that Rutland has the highest fertility rate of any English county – the average woman having 2.81 children, compared with only 1.67 in Tyne and Wear.[14]

In December 2006, Sport England published a survey which revealed that residents of Rutland were the 6th most active in England in sports and other fitness activities. 27.4% of the population participate at least 3 times a week for 30 minutes.[15]

In 2012, the well-being report by the Office for National Statistics[16] found Rutland to be the "happiest county" in the mainland UK.[17]

Rutland is dominated by Rutland Water, a large artificial lake formerly known "Empingham Reservoir", in the middle of the county, which is almost bisected by a large spit of land. The west part is in the Vale of Catmose. Rutland Water, when construction started in 1971, became Europe's largest man-made lake; construction was completed in 1975, and filling the lake took a further four years. This has now been voted Rutland's favourite tourist attraction.

There are 17,000 people of working age in Rutland, of which the highest percentage (30.8%) work in Public Administration, Education and Health, closely followed by 29.7% in Distribution, Hotels and Restaurants and 16.7% in Manufacturing industries. Significant employers include Lands' End in Oakham and the Ketton Cement Works. Other employers in Rutland include two Ministry of Defence bases – Kendrew Barracks (formerly RAF Cottesmore) and St George's Barracks (previously RAF North Luffenham), two public schools – Oakham and Uppingham – and one prison Stocken. The former Ashwell prison closed at the end of March 2011 after a serious riot and government review but, having been purchased by Rutland County Council, has now been turned into Oakham Enterprise Park. The county used to supply iron ore to Corby steel works but these quarries closed in the 1960s and early 1970s resulting in the famous walk of "Sundew" (the Exton quarries' large walking dragline) from Exton to Corby, which even featured on the children's TV series Blue Peter. Agriculture thrives with much wheat farming on the rich soil. Tourism continues to grow.

The Ruddles Brewery was Langham's biggest industry until it was closed in 1997. Rutland bitter is one of only three UK beers to have achieved Protected Geographical Indication status; this followed an application by Ruddles. Greene King, the owners of Ruddles, closed the Langham brewery and were unable to take advantage of the registration.[19] However, in 2010 a Rutland Bitter was launched by Oakham's Grainstore Brewery.[20]

It is 348th out of 354 on the Indices of Deprivation for England, showing it to be one of the least economically deprived areas in the country.[12]

In March 2007, Rutland became only the fourth Fairtrade County.

This is a chart of trend of regional gross value added of the non-metropolitan county of Leicestershire and Rutland at current basic prices with figures in millions of British Pounds Sterling.[21]

^ Components may not sum to totals due to rounding

A small part of the East Coast Main Line passes through Rutland's north-east corner, near Essendine. It was on this stretch that LNER Class A4 4468 Mallard achieved the world speed record for steam locomotives on 3 July 1938, with a speed of 125.55 mph (202.05 km/h).

Rutland was the last county in England without a direct rail service to London (apart from the Isle of Wight and several administrative counties which are unitary authorities). East Midlands Trains started running a single service from Oakham railway station to London St Pancras via Corby on 27 April 2009.[22]

The Rutland Electric Car Project, run by regional partnership Uppingham First, is installing four charging points in the county in 2012, with Larkfleet Homes installing one at its showhome in Oakham, and three more located at the Falcon Hotel in Uppingham, Greetham Valley Hotel and Golf Club and Barnsdale Lodge Hotel. Rutland is the first county to offer region-wide coverage[23]

Rutland has many varied traditions. 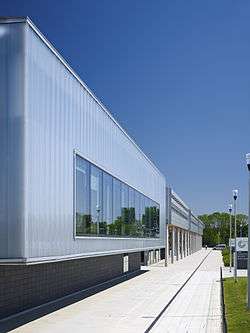