This article is about the formal terminology in logic. For causal meanings of the terms, see Causality. For the concepts in statistics, see Sufficient statistic.

In the conditional statement, "if S then N", the expression represented by S is called the antecedent and the expression represented by N is called the consequent. This conditional statement may be written in many equivalent ways, for instance, "N if S", "S implies N", "S only if N", "N is implied by S", S ⇒ N or "N whenever S".[4]

In the above situation, we also say that N is a necessary condition for S. In common language this is saying that if the conditional statement is a true statement, then the consequent N must be true if S has any chance of being true (see "truth table" immediately below). Phrased differently, the antecedent S can not be true without N being true. For example, in order for someone to be called Socrates, it is necessary for that someone to be Named.

We also say that S is a sufficient condition for N. Consider the truth table again. If the conditional statement is true, then if S is true, N must be true. In common terms, "S" guarantees N". Continuing the example, knowing that someone is called Socrates is sufficient to know that that someone has a Name.

S (which can also be written as S 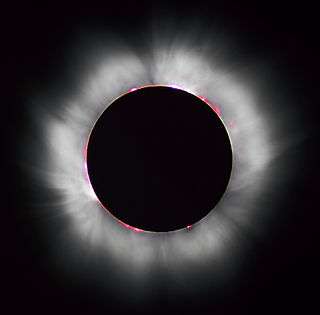 The sun being above the horizon is a necessary condition for direct sunlight; but it is not a sufficient condition as something else may be casting a shadow, e.g. in the case of an eclipse.

The assertion that Q is necessary for P is colloquially equivalent to "P cannot be true unless Q is true," or "if Q is false then P is false." By contraposition, this is the same thing as "whenever P is true, so is Q ". The logical relation between them is expressed as "If P then Q " and denoted "P

Q " (P implies Q), and may also be expressed as any of "P only if Q", "Q, if P ", "Q whenever P ", and "Q when P." One often finds, in mathematical prose for instance, several necessary conditions that, taken together, constitute a sufficient condition, as shown in Example 5.

Example 2: For the whole numbers greater than two, being odd is necessary to being prime, since two is the only whole number that is both even and prime.

Example 5: In algebra, for some set S together with an operation

to form a group, it is necessary that

be associative. It is also necessary that S include a special element e such that for every x in S it is the case that e

e both equal x. It is also necessary that for every x in S there exist a corresponding element x " such that both x

x equal the special element e. None of these three necessary conditions by itself is sufficient, but the conjunction of the three is.

That a train runs on schedule can be a sufficient condition for arriving on time (if one boards the train and it departs on time, then one will arrive on time); but it is not always a necessary condition, since there are other ways to travel (if the train does not run to time, one could still arrive on time through other means of transport).

Q," and may also be expressed as "P only if Q" or "P implies Q." Several sufficient conditions may, taken together, constitute a single necessary condition, as illustrated in example 5.

Example 3: An occurrence of thunder is a sufficient condition for the occurrence of lightning in the sense that hearing thunder, and unambiguously recognizing it as such, justifies concluding that there has been a lightning bolt.

Example 4: A U.S. president's signing a bill that Congress passed is sufficient to make the bill law. Note that the case whereby the president did not sign the bill, e.g. through exercising a presidential veto, does not mean that the bill has not become law (it could still have become law through a congressional override).

Example 5: That the center of a playing card should be marked with a single large spade (♠) is sufficient for the card to be an ace. Three other sufficient conditions are that the center of the card be marked with a diamond (♦), heart (♥), or club (♣), respectively. None of these conditions is necessary to the card's being an ace, but their disjunction is, since no card can be an ace without fulfilling at least (in fact, exactly) one of the conditions.

Relationship between necessity and sufficiency

Consider two logical statements S and N, such that S is sufficient for N (if S is true, then N must also be true). Figuratively, if we are within S then we are within N. It follows that S cannot be true unless N is true – i.e., that N is a necessary condition for S.

A condition can be either necessary or sufficient without being the other. For instance, being a mammal (N) is necessary but not sufficient to being human (S), and that a number

is rational (S) is sufficient but not necessary to

's being a real number (N) (since there are real numbers that are not rational).

Mathematically speaking, necessity and sufficiency are dual to one another. For any statements S and N, the assertion that "N is necessary for S " is equivalent to the assertion that "S is sufficient for N." Another facet of this duality is that, as illustrated above, conjunctions (using "and") of necessary conditions may achieve sufficiency, while disjunctions (using "or") of sufficient conditions may achieve necessity. For a third facet, identify every mathematical predicate N with the set T(N) of objects, events, or statements for which N holds true; then asserting the necessity of N for S is equivalent to claiming that T(N) is a superset of T(S), while asserting the sufficiency of S for N is equivalent to claiming that T(S) is a subset of T(N).

To say that P is necessary and sufficient for Q is to say two things,

One may summarize any—and thus all—of these cases by the statement "P if and only if Q," which is denoted by P

Q whereas cases tell us that P

Q is identical to

For example, in graph theory a graph G is called bipartite if it is possible to assign to each of its vertices the color black or white in such a way that every edge of G has one endpoint of each color. And for any graph to be bipartite, it is a necessary and sufficient condition that it contain no odd-length cycles. Thus, discovering whether a graph has any odd cycles tells one whether it is bipartite and vice versa. A philosopher[5] might characterize this state of affairs thus: "Although the concepts of bipartiteness and absence of odd cycles differ in intension, they have identical extension.[6]

In math, theorems are often stated in the form "P is true if and only if Q is true". Their proofs normally first prove sufficiency, e.g.

. Secondly, the opposite is proven,

This proves that the circles for Q and P match on the Venn diagrams above.

Because, as explained in previous section, necessity of one for the other is equivalent to sufficiency of the other for the first one, e.g.