This is a list of paradoxes, grouped thematically. The grouping is approximate, as paradoxes may fit into more than one category. Because of varying definitions of the term paradox, some of the following are not considered to be paradoxes by everyone. This list collects only scenarios that have been called a paradox by at least one source and have their own article.

Although considered paradoxes, some of these are based on fallacious reasoning, or incomplete/faulty analysis. Informally, the term is often used to describe a counter-intuitive result.

These paradoxes have in common a contradiction arising from either from self-reference or from circular reference, in which several statements refer to each other in a way that following some of the references leads back to the starting point.

The Monty Hall problem: which door do you choose?

The Banach–Tarski paradox: A ball can be decomposed and reassembled into two balls the same size as the original.

For more details on this topic, see Physical paradox. 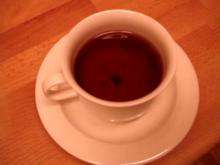 A demonstration of the tea leaf paradox

One class of paradoxes in economics are the paradoxes of competition, in which behavior that benefits a lone actor would leave everyone worse off if everyone did the same. These paradoxes are classified into circuit, classical and Marx paradoxes.

For more details on this topic, see Perceptual paradox.