In economics and business decision-making, a sunk cost is a cost that has already been incurred and cannot be recovered. Sunk costs (also known as retrospective costs) are sometimes contrasted with prospective costs, which are future costs that may be incurred or changed if an action is taken. Both retrospective and prospective costs may be either fixed (continuous for as long as the business is in operation and unaffected by output volume) or variable (dependent on volume) costs.[1] However, many economists consider it a mistake to classify sunk costs as "fixed" or "variable." For example, if a firm sinks $400 million on an enterprise software installation, that cost is "sunk" because it was a one-time expense and cannot be recovered once spent. A "fixed" cost would be monthly payments made as part of a service contract or licensing deal with the company that set up the software. The upfront irretrievable payment for the installation should not be deemed a "fixed" cost, with its cost spread out over time. Sunk costs should be kept separate. The "variable costs" for this project might include data centre power usage, etc.

In traditional microeconomic theory, only prospective (future) costs are relevant to an investment decision. Traditional economics proposes that economic actors should not let sunk costs influence their decisions. Doing so would not be rationally assessing a decision exclusively on its own merits. Alternatively, a decision-maker might make rational decisions according to their own incentives, outside of efficiency or profitability. This is considered to be an incentive problem and is distinct from a sunk cost problem.

Evidence from behavioral economics suggests this theory fails to predict real-world behavior. Sunk costs do, in fact, influence actors' decisions because humans are prone to loss aversion and framing effects. In light of such cognitive quirks, it is unsurprising that people frequently fail to behave in ways that economists deem "rational".

Sunk costs should not affect the rational decision-maker's best choice. However, until a decision-maker irreversibly commits resources, the prospective cost is an avoidable future cost and is properly included in any decision-making processes. For example, if one is considering preordering movie tickets, but has not actually purchased them yet, the cost remains avoidable. If the price of the tickets rises to an amount that requires him to pay more than the value he places on them, he should figure the change in prospective cost into the decision-making and re-evaluate his decision.

The sunk cost is distinct from economic loss. For example, when a new car is purchased, it can subsequently be resold; however, it will probably not be resold for the original purchase price. The economic loss is the difference (including transaction costs). The sum originally paid should not affect any rational future decision-making about the car, regardless of the resale value: if the owner can derive more value from selling the car than not selling it, then it should be sold, regardless of the price paid. In this sense, the sunk cost is not a precise quantity, but an economic term for a sum paid, in the past, which is no longer relevant to decisions about the future; it may be used inconsistently in quantitative terms as the original cost or the expected economic loss. It may also be used as shorthand for an error in analysis due to the sunk cost fallacy, irrational decision-making or, most simply, as irrelevant data.

Economists argue that sunk costs are not taken into account when making rational decisions. In the case of a baseball game ticket that has already been purchased, the ticket-buyer can choose between the following two end results if he realizes that he doesn't like the game:

In either case, the ticket-buyer has paid the price of the ticket so that part of the decision no longer affects the future. If the ticket-buyer regrets buying the ticket, the current decision should be based on whether he wants to see the game at all, regardless of the price, just as if he were to go to a free baseball game. The economist will suggest that, since the second option involves suffering in only one way (spent money), while the first involves suffering in two (spent money plus wasted time), option two is obviously preferable.

Sunk costs may cause cost overrun. In business, an example of sunk costs may be investment into a factory or research that now has a lower value or no value whatsoever. For example, $20 million has been spent on building a power plant; the value at present is zero because it is incomplete (and no sale or recovery is feasible). The plant can be completed for an additional $10 million, or abandoned and a different but equally valuable facility built for $5 million. It should be obvious that abandonment and construction of the alternative facility is the more rational decision, even though it represents a total loss of the original expenditure—the original sum invested is a sunk cost. If decision-makers are irrational or have the wrong incentives, the completion of the project may be chosen. For example, politicians or managers may have more incentive to avoid the appearance of a total loss. In practice, there is considerable ambiguity and uncertainty in such cases, and decisions may in retrospect appear irrational that were, at the time, reasonable to the economic actors involved and in the context of their own incentives. 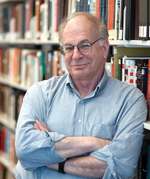 Behavioral economics recognizes that sunk costs often affect economic decisions due to loss aversion: the price paid becomes a benchmark for the value, whereas the price paid should be irrelevant. This is considered irrational behavior (as rationality is defined by classical economics). Economic experiments have shown that the sunk cost fallacy and loss aversion are common; hence economic rationality—as assumed by much of economics—is limited. This has enormous implications for finance, economics, and securities markets in particular. Daniel Kahneman won the Nobel Prize in Economics in part for his extensive work in this area with his collaborator, Amos Tversky.

In 1968 Knox and Inkster,[2] in what is perhaps the classic sunk cost experiment, approached 141 horse bettors: 72 of the people had just finished placing a $2.00 bet within the past 30 seconds, and 69 people were about to place a $2.00 bet in the next 30 seconds. Their hypothesis was that people who had just committed themselves to a course of action (betting $2.00) would reduce post-decision dissonance by believing more strongly than ever that they had picked a winner. Knox and Inkster asked the bettors to rate their horse's chances of winning on a 7-point scale. What they found was that people who were about to place a bet rated the chance that their horse would win at an average of 3.48 which corresponded to a "fair chance of winning" whereas people who had just finished betting gave an average rating of 4.81 which corresponded to a "good chance of winning". Their hypothesis was confirmed: after making a $2.00 commitment, people became more confident their bet would pay off. Knox and Inkster performed an ancillary test on the patrons of the horses themselves and managed (after normalization) to repeat their finding almost identically.

Additional evidence of inflated probability estimations can be found in Arkes and Blumer (1985)[3] and Arkes and Hutzel (2000).[4]

Many people have strong misgivings about "wasting" resources (loss aversion). In the above example involving a non-refundable sporting event ticket, many people, for example, would feel obliged to go to the event despite not really wanting to, because doing otherwise would be wasting the ticket price; they feel they've passed the point of no return. This is sometimes referred to as the sunk cost fallacy. Economists would label this behavior "irrational": it is inefficient because it misallocates resources by depending on information that is irrelevant to the decision being made.

This line of thinking, in turn, may reflect a non-standard measure of utility, which is ultimately subjective and unique to the consumer. A ticket-buyer who purchases a ticket to an event they won't enjoy in advance makes a semi-public commitment to watching it. To leave early is to make this lapse of judgment manifest to strangers, an appearance they might otherwise choose to avoid. Alternatively, they may take pride in having recognized the opportunity cost of the alternative use of time.

The idea of sunk costs is often employed when analyzing business decisions. A common example of a sunk cost for a business is the promotion of a brand name. This type of marketing incurs costs that cannot normally be recovered. It is not typically possible to later "demote" one's brand names in exchange for cash. A second example is R&D costs. Once spent, such costs are sunk and should have no effect on future pricing decisions. So a pharmaceutical company’s attempt to justify high prices because of the need to recoup R&D expenses is fallacious. The company will charge market prices whether R&D had cost one dollar or one million dollars.[7] However, R&D costs, and the ability to recoup those costs, are a factor in deciding whether to spend the money on R&D.

The sunk cost fallacy is in game theory sometimes known as the "Concorde Fallacy",[8] referring to the fact that the British and French governments continued to fund the joint development of Concorde even after it became apparent that there was no longer an economic case for the aircraft. The project was regarded privately by the British government as a "commercial disaster" which should never have been started and was almost cancelled, but political and legal issues had ultimately made it impossible for either government to pull out.

Criticism of the "fallacy" claim

A 2007 article by Preston McAfee et al. criticises the view that taking sunk cost into account is irrational or a fallacy, concluding that "once all the elements of the decision-making environment are taken into account, reacting to sunk costs can often be understood as rational behavior."[9]

The bygones principle is an economic theory used in business.[10] Economists stress the "extra" or "marginal" costs and benefits of every decision. The theory emphasizes the importance of ignoring past costs and only taking into account the future costs and benefits when making decisions. It states that when making a decision, one should make a hard-headed calculation of the extra costs one will incur and weigh these against its extra advantages.