Syed Nawab Ali Chowdhury CIE (29 December 1863 – 17 April 1929) was Nawab of Dhanbari of Tangail in East Bengal (modern day Bangladesh).[1] He was one of the founders of Dhaka University. He was the first Muslim minister of united Bengal. He was minister of education. His grandson Muhammad Ali Bogra was third prime minister of Pakistan. His son Syed Hasan Ali Chowdhury was minister of East Pakistan government.[2]

He was engaged in literary and cultural activities from 1895 to 1904. In 1895 newspaper named ‘’Mihir’’ and ‘’Shudhakar’’ became ‘’Mihir-Shudhakar’’ combinedly. Nawab Ali Chowdhury was its owner. He bought a press for it and set in his house in Calcutta. He contributed in work of Muhammad Shahidullah, Reazuddin Ahmed al-Mashhadi, poet Md.Mozammel Haque. These writers dedicated their some writings to Nawab Ali Chowdhury.

He also wrote some books. They are:

He took active part in politics after Partition of Bengal. Despite of opposition from Hindu Nationalists partition took place and a new province named Bengal and Assam was created. Nawab Ali Chowdhury realized for an all Indian Muslim political organization. He condemned illiteracy as the cause of Muslim’s backwardness.[2]

Foundation of University of Dhaka 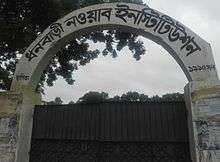 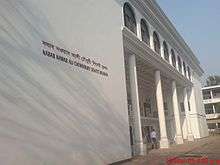 Nawab Ali Chowdhury was the first Muslim minister of united Bengal. He was given the office of education minister because of his role in promoting education. He held this post till his death. He helped with land and money a total of 38 educational institutions. In 1910, he established high school ‘’Nawab Institute’’ in Dhanbari, his own area. Besides he contributed to establish many other educational institute.[2] 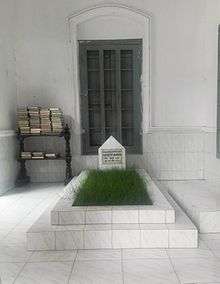