The Interpretation of Dreams

The Interpretation of Dreams (German: Die Traumdeutung) is an 1899 book by psychoanalyst Sigmund Freud, in which Freud introduces his theory of the unconscious with respect to dream interpretation, and discusses what would later become the theory of the Oedipus complex. Freud revised the book at least eight times and, in the third edition, added an extensive section which treated dream symbolism very literally, following the influence of Wilhelm Stekel. Freud said of this work, "Insight such as this falls to one's lot but once in a lifetime."[1]

The book was first published in an edition of 600 copies, which did not sell out for eight years. The Interpretation of Dreams later gained in popularity, and seven more editions were published in Freud's lifetime.[2]

Because of the book's length and complexity, Freud also wrote an abridged version called On Dreams. The original text is widely regarded as one of Freud's most significant works.

Freud spent the summer of 1895 at manor Belle Vue near Grinzing in Austria, where he began the inception of The Interpretation of Dreams. In a 1900 letter to Wilhelm Fliess, he wrote in commemoration of the place:

"Do you suppose that some day a marble tablet will be placed on the house, inscribed with these words: 'In this house on July 24, 1895, the secret of dreams was revealed to Dr. Sigm. Freud'? At the moment I see little prospect of it." — Freud in a letter to Wilhelm Fliess, June 12, 1900

In 1963, Belle Vue manor was demolished, but today a memorial plate with just that inscription has been erected at the site by the Austrian Sigmund Freud Society.

Dreams, in Freud's view, are all forms of "wish fulfillment" — attempts by the unconscious to resolve a conflict of some sort, whether something recent or something from the recesses of the past (later in Beyond the Pleasure Principle, Freud would discuss dreams which do not appear to be wish-fulfillment). Because the information in the unconscious is in an unruly and often disturbing form, a "censor" in the preconscious will not allow it to pass unaltered into the conscious.

During dreams, the preconscious is more lax in this duty than in waking hours, but is still attentive: as such, the unconscious must distort and warp the meaning of its information to make it through the censorship. As such, images in dreams are often not what they appear to be, according to Freud, and need deeper interpretation if they are to inform on the structures of the unconscious.

Freud used to mention the dreams as "The Royal Road to the Unconscious". He proposed the 'phenomenon of condensation'; the idea that one simple symbol or image presented in a person's dream may have multiple meanings. For this very reason, Freud tried to focus on details during psychoanalysis and asked his patients about things they could even think trivial (i.e. while a patient was describing an experience in their dream, Freud could ask them: "was there any sign upon the walls? What was it?").

As Freud was focusing upon the biologic drives of the individual (a fact that alienated him from several colleagues of his like Breuer, Jung and Adler), he stated that when we observe a hollow object in our dreams, like a box or a cave, this is a symbol of a womb, while an elongated object is a symbol for penis. Due to these statements, Freud attracted much criticism from those who believed him a "sexist" or "misanthrope", as he was alleged to have overemphasised the role of instinct, as though he believed people were "wild beasts".

An abridged version called On Dreams was published in 1901 as part of Lowenfeld and Kurella's Grenzfragen des Nerven und Seelenlebens. It was re-published in 1911 in slightly larger form as a book.[3]

"In the following pages, I shall demonstrate that there exists a psychological technique by which dreams may be interpreted and that upon the application of this method every dream will show itself to be a senseful psychological structure which may be introduced into an assignable place in the psychic activity of the waking state. I shall furthermore endeavor to explain the processes which give rise to the strangeness and obscurity of the dream, and to discover through them the psychic forces, which operate whether in combination or opposition, to produce the dream. This accomplished by investigation will terminate as it will reach the point where the problem of the dream meets broader problems, the solution of which must be attempted through other material."[4]

Freud begins his book in the first chapter titled "The Scientific Literature on the Problems of the Dream" by reviewing different scientific views on dream interpretation, which he finds interesting but not adequate.[5] He then makes his argument by describing a number of dreams which he claims illustrate his theory.

Much of Freud's sources for analysis are in literature. Many of his most important dreams are his own — his method is inaugurated with an analysis of his dream "Irma's injection" — but many also come from patient case studies. 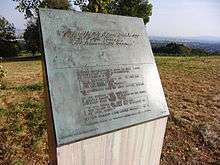 Memorial plate in commemoration of the place where Freud began The Interpretation of Dreams, near Grinzing, Austria

The Interpretation of Dreams was first published in an edition of only 600 copies, and these took eight years to sell. The work subsequently gained popularity, and seven more editions were printed in Freud's lifetime, the last in 1929.[2] Swiss psychiatrist Eugen Bleuler wrote to Freud in October 1905 that he was convinced of the correctness of The Interpretation of Dreams as soon as he read it.[6]

Otto Rank read The Interpretation of Dreams in 1905 and was impressed by the work. Rank was moved to write a critical reanalysis of one of Freud's own dreams, and perhaps partly for this reason came to Freud's attention. It was with Rank's help that Freud published the second edition of The Interpretation of Dreams in 1909.[7] Max Schur, Freud's physician and friend, has provided evidence that the first dream that Freud analyzed, his so-called "Irma dream" was not very disguised, but actually closely portrayed a medical disaster of Emma Steinbeck, one of Freud's patients.[8] Psychologist Hans Eysenck argues in Decline and Fall of the Freudian Empire (1985) that the dreams Freud cites do not really support his theories, and that Freud's examples actually disprove his dream theory.[9]

Philosopher Mikkel Borch-Jacobsen and psychologist Sonu Shamdasani write that Freud's analysis of the dream of Irma's injection was partly based on Belgian psychologist Joseph Delboeuf's analysis of the "dream of lizards and of the asplenium ruta muraria" in Sleep and Dreams. They add that Freud's work should be placed in the context of the "introspective hypnotism" practiced by figures such as Auguste Forel, Eugen Bleuler, and Oskar Vogt. Borch-Jacobsen and Shamdasani write that Freud selectively cited some authors on dreams (including Marie-Jean-Léon, Marquis d'Hervey de Saint Denys and Louis Ferdinand Alfred Maury), passed over others (including Jean-Martin Charcot, Pierre Janet, and Richard von Krafft-Ebing) in silence, and "seems systematically to have avoided citing the passages in the works of his predecessors which came closest to his own theories."[10]

The first translation from German into English was completed by A. A. Brill, a Freudian psychoanalyst. Years later, an authorized translation by James Strachey was published. The most recent English translation was performed by Joyce Crick.