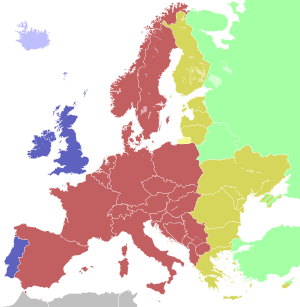 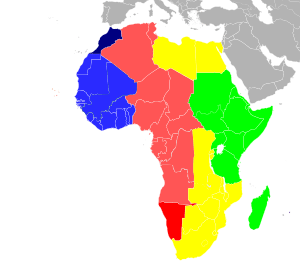 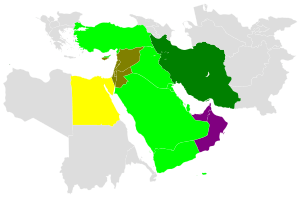 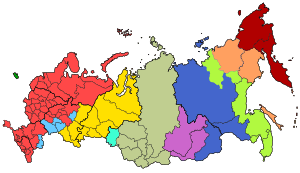 Some areas in the world use UTC+03:00 all year, other areas only part of the year.

Most of European Russia, including Moscow, St. Petersburg, Rostov on Don, Novaya Zemlya, Franz Josef Land. From October 26, 2014 Moscow and most other parts of European Russia started using UTC+3 again, all year around. [1]

Besides the names mentioned above, the name 'Eastern Europe Forward Time' (EEFT) is sometimes used.

Arabia Standard Time, or AST, is used by some countries in the Middle East. As this time zone is predominantly in the equatorial region, there is no significant change in day length throughout the year, so daylight saving time is not observed. Between 1982 and 2007, Iraq observed Arabia Daylight Time (UTC+4) but the government abolished DST on March 2008.

Arabia Standard Time is used by the following countries:[2] [3]