The University of Rhode Island, commonly referred to as URI, is the principal public research as well as the land grant and sea grant university for the state of Rhode Island. Its main campus is located in the village of Kingston in southern Rhode Island. Additionally, smaller campuses include the Feinstein Campus in Providence, the Narragansett Bay Campus in Narragansett, and the W. Alton Jones Campus in West Greenwich.

The university offers bachelor's degrees, master's degrees, and doctoral degrees in 80 undergraduate and 49 graduate areas of study through seven academic colleges. These colleges include Arts and Sciences, Business Administration, Engineering, Human Science and Services, Environment and Life Sciences, Nursing and Pharmacy. Another college, University College (UC) serves primarily as an advising college for all incoming undergraduates and follows them through their enrollment at URI.

The University was first chartered as the state's agricultural school and agricultural experiment station in 1888. The site of the school was originally the Oliver Watson Farm, whose original farmhouse is now a small museum. In 1892, the school became known as the Rhode Island College of Agriculture and Mechanic Arts. The first class had only seventeen students, each completing their course of study in two years. In 1909, the school's name was again changed to Rhode Island State College as the school's programs were expanded beyond its original agricultural education mandate. In 1951 the school was given its current title through an act of the General Assembly following the addition of the College of Arts and Sciences and the offering of doctoral degrees. The Board of Governors for Higher Education, appointed by the governor, became the governing body of the University in 1981 during the presidency of Frank Newman (1974–1983). The Board of Governors was replaced by the Rhode Island Board of Education in 2013.[5] The current president is David M. Dooley.[6]

A list of Presidents of the University of Rhode Island:

Located in a traditional New England college town, URI offers students a land, sea and urban experience. Students can choose from about 80 majors within seven different colleges. Among the most popular majors at URI are Nursing, Communication Studies, Psychology, Kinesiology and Human Development & Family Studies. URI is well known for its nursing and engineering programs, the latter of which includes the internationally recognized International Engineering Program,[14] and a robotic competition delegation that has continuously placed within the top 5 competing schools.[15] The University also boasts nationally ranked programs in Pharmacy, Landscape Architecture,[16] and Oceanography.

The University of Rhode Island Department of Environmental and Natural Resource Economics has been ranked the fourth most productive research department in the country in the field of agricultural economics by the 2005 Faculty Scholarly Productivity Index. Only Colorado State University, Iowa State University and the University of California at Berkeley ranked ahead of URI. Of the top 10 universities in the field, URI's program has the fewest faculty members with 10.The URI program was the first in the nation to offer a graduate degree in natural resource economics (in 1969), and the department publishes an internationally recognized research journal, Marine Resource Economics. Agricultural and natural resource economists study the interactions between economic and natural systems, with the goal of developing a sustainable and efficient economy. Faculty in the URI department focus on issues related to the spectrum of natural resource and environmental management, with particular strengths in fisheries and aquaculture, the marine environment, coastal watersheds and terrestrial ecosystems, ecosystem valuation and international trade.[17]

The University of Rhode Island Department of Athletics and Recreation fields teams that compete in 17 intercollegiate sports. The University is a member of the Atlantic 10 Conference and the Colonial Athletic Association in the NCAA Division I Football Championship Subdivision. Athletic facilities include the Ryan Center, Keaney Gymnasium, Meade Stadium, Mackal Field House, Tootell Aquatic Center, Bradford R. Boss Arena, URI Soccer Complex, Bill Beck Field, and URI Softball Complex. The Director of Athletics is Thorr Bjorn, who previously worked at the University of Massachusetts.

Quadrangle on an early September evening at University of Rhode Island.

The University has chartered a path for enrollment growth and capital improvement that has endured since the early 2000s. In 2014, URI enrolled its largest freshman class of all time and total enrollment neared 17,000. Capital improvement projects have also transformed the campus and complemented academic offerings in science and engineering related programs. New facilities include a Center for Biology and Life Sciences, a College of Pharmacy building, a Center for Chemical and Forensic Sciences, and in 2019, a brand new College of Engineering building.

Likewise, residential and student service facilities have been newly constructed to enable enrollment growth. These new facilities include new dormitories, the showpiece of which is Hillside Hall, a freshman dorm building finished in 2012, a new wellness center, two new dining facilities, and, currently in planning, a brand new student union. The new facilities have been celebrated for the use of sustainable design and have mostly received top LEED certifications.

The Greek Community consists of 17 fraternities and 10 sororities.

The Greek Community is governed by the Interfraternity Council and the Panhellenic Council. Both organizations, along with Greek Life administration are housed on campus in the Christopher House. 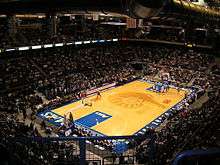 This audio file was created from a revision of the "University of Rhode Island" article dated 2005-12-11, and does not reflect subsequent edits to the article. (Audio help)
More spoken articles