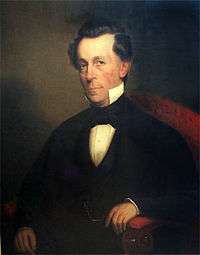 Born in Harford County, Maryland, Giles attended a private academy and the Bel Air Academy. He read law, was admitted to the bar in 1829, and commenced practice in Baltimore, Maryland. He later served as member of the Maryland House of Delegates from 1838 to 1840.

Giles was elected as a Democrat to the Twenty-ninth Congress (March 4, 1845 – March 4, 1847), but declined to be a candidate for renomination.

After his tenure in Congress, Giles served as officer of the American Colonization Society for more than thirty years, and for more than twenty years as one of the commissioners of the State of Maryland supervising the emigration of free blacks to Liberia.

Giles received a recess appointment from President Franklin Pierce on July 18, 1853, to a seat on the United States District Court for the District of Maryland vacated by John Glenn. He was formally nominated on December 19, 1853, and on January 11, 1854 he was confirmed by the United States Senate and received his commission on January 11, 1854. He issued the original writ of habeas corpus in Ex parte Merryman.[1] He served as a judge until his death in Baltimore, Maryland on March 21, 1879. He was interred in Greenmount Cemetery.