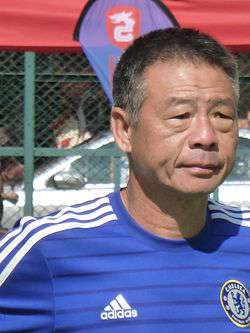 Chan Fat Chi was a forward. He played for Bulova, Seiko, South China AA and Instant-Dict FC. He was Hong Kong Player of the year twice in 1988 and 1989. He played on the famous Hong Kong victory over China on May 19, 1985.