Barnard grew up in Beaufort West, Cape Province, Union of South Africa. His father, Adam Barnard, was a minister in the Dutch Reformed Church.[1] One of his four brothers, Abraham, died of a heart problem at the age of five. Barnard matriculated from the Beaufort West High School in 1940, and went to study medicine at the University of Cape Town Medical School, where he obtained his MB ChB in 1945.

Barnard did his internship and residency at the Groote Schuur Hospital in Cape Town, after which he worked as a general practitioner in Ceres, a rural town in the Cape Province.[1] In 1951, he returned to Cape Town where he worked at the City Hospital as a Senior Resident Medical Officer, and in the Department of Medicine at the Groote Schuur Hospital as a registrar.[1] He completed his master's degree, receiving Master of Medicine in 1953 from the University of Cape Town. In the same year he obtained a doctorate in medicine (MD) from the same university for a dissertation titled "The treatment of tuberculous meningitis".

In 1956, he received a two-year scholarship for postgraduate training in cardiothoracic surgery at the University of Minnesota, Minneapolis, United States under open-heart surgery pioneer Walt Lillehei.[1] It was during this time that Barnard first became acquainted with fellow future heart transplantation surgeon Norman Shumway, who along with Richard Lower did much of the trailblazing research leading to the first successful human heart transplant.[1] In 1958 he received a Master of Science in Surgery for a thesis titled "The aortic valve – problems in the fabrication and testing of a prosthetic valve".[1] The same year he was awarded Doctor of Philosophy degree for his dissertation titled "The aetiology of congenital intestinal atresia".[1] Barnard described the two years he spent in the United States as "the most fascinating time in my life."

On January 23, 1964, James Hardy at the University of Mississippi Medical Center transplanted the heart of a chimpanzee into a dying man, which beat for about 90 minutes and then the man died without regaining consciousness.[6][7][8]

Barnard had experimentally transplanted forty-eight hearts into dogs, which was about a fifth the number that Adrian Kantrowitz had performed at Maimonides Medical Center in New York and about a sixth the number Norman Shumway had performed at Stanford University in California. Barnard had no dogs which had survived longer than ten days, unlike Kantrowitz and Shumway who had had dogs survive for more than a year.[9][10] [11]

With the availability of new breakthroughs introduced by several pioneers, also including Richard Lower at the Medical College of Virginia, several surgical teams were in a position to prepare for a human heart transplant.[1][12] Barnard had a patient willing to undergo the procedure, but as with other surgeons, he needed a suitable donor.[1][11]

Barnard performed the world's first human heart transplant operation on 3 December 1967 on Louis Washkansky, a 54-year-old grocer who was suffering from diabetes and incurable heart disease. He was assisted by his brother Marius Barnard, as well as a team of thirty persons. The operation lasted nine hours.[1][11]

Barnard stated to Washkansky and his wife Ann Washkansky that the transplant had an 80% chance of success,[13]a claim which has been criticized regarding the chances of success as "unfounded" and "misleading."[14]

Barnard later wrote, "For a dying man it is not a difficult decision because he knows he is at the end. If a lion chases you to the bank of a river filled with crocodiles, you will leap into the water, convinced you have a chance to swim to the other side." The donor heart came from a young woman, Denise Darvall, who had been rendered brain dead in an accident on 2 December 1967, while crossing a street in Cape Town.[1] After securing permission from Darvall's father to use her heart, Barnard performed the transplant. Rather than wait for Darvall's heart to stop beating, at his brother Marius Barnard's urging, Christiaan had injected potassium into her heart to paralyse it and render her technically dead by the whole-body standard.[1] Twenty years later, Marius Barnard recounted, "Chris stood there for a few moments, watching, then stood back and said, 'It works.'"[1][11]

Washkansky survived the operation and lived for 18 days. However, he succumbed to pneumonia as he was taking immunosuppressive drugs.

Barnard was celebrated around the world for his accomplishment. He was photogenic, and enjoyed the media attention following the operation. His second transplant operation was conducted on 2 January 1968, and the patient, Philip Blaiberg, survived for 19 months. Dirk van Zyl, who received a new heart in 1971, was the longest-lived recipient, surviving over 23 years.[15]

Worldwide, approximately 100 transplants were performed by various doctors during 1968. Only a third of these patients lived longer than three months. A U.S. National Institutes of Health publication states, "Within several years, only Shumway's team at Stanford was attempting transplants."[12]

Many surgeons gave up cardiac transplantation due to poor results, often due to rejection of the transplanted heart by the patient's immune system. Barnard persisted until the advent of ciclosporin, an effective immunosuppressive drug, which helped revive the operation throughout the world. He was also the first surgeon to attempt xenograft transplantation in a human patient, while attempting to save the life of a young girl unable to leave artificial life support after a second aortic valve replacement. 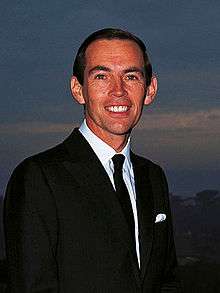 Christiaan Barnard in Italy in 1968

Barnard was an outspoken opponent of South Africa's laws of apartheid, and was not afraid to criticise his nation's government, although he had to temper his remarks to some extent to travel abroad. Rather than leaving his homeland, he used his fame to campaign for a change in the law. Christiaan's brother, Marius Barnard, went into politics, and was elected to the legislature on an anti-apartheid platform. Barnard later stated that the reason he never won the Nobel Prize in Physiology or Medicine was probably because he was a "white South African".[16]

Barnard described in his autobiography The Second Life a one-night extramarital affair with Italian film star Gina Lollobrigida,[1][19] that occurred in January 1968. During that visit to Rome he received an audience from Pope Paul VI.[20]

In October 2016, U.S. Congresswoman Ann McLane Kuster (D-NH) stated that Barnard sexually assaulted her when she was 23 years old. According to Kuster, he attempted to grope her under her skirt, while seated at a business luncheon with Rep. Pete McCloskey (R-CA), whom she was a staffer for at the time.[21][22][23]

Barnard retired as Head of the Department of Cardiothoracic Surgery in Cape Town in 1983 after developing rheumatoid arthritis in his hands which ended his surgical career. He had struggled with arthritis since 1956, when it was diagnosed during his postgraduate work in the United States.[1] After retirement, he spent two years as the Scientist-In-Residence at the Oklahoma Transplantation Institute in the United States and as an acting consultant for various institutions.

He had by this time become very interested in anti-aging research, and his reputation suffered in 1986 when he promoted Glycel, an expensive "anti-aging" skin cream, whose approval was withdrawn by the United States Food and Drug Administration soon thereafter.[24] He also spent time as a research advisor to the Clinique la Prairie, in Switzerland, where the controversial "rejuvenation therapy" was practised.[25]

Barnard divided the remainder of his years between Austria, where he established the Christiaan Barnard Foundation, dedicated to helping underprivileged children throughout the world, and his game farm in Beaufort West, South Africa.

Christiaan Barnard died on 2 September 2001, while on holiday in Paphos, Cyprus. Early reports stated that he had died of a heart attack, but an autopsy showed his death was caused by a severe asthma attack.[26]

Apart from his autobiographies, Dr Barnard also wrote several other books including: