The Constitution Party of Idaho held its primary on March 8. 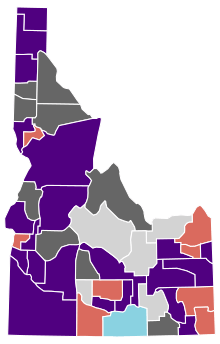 The Constitution Party of Missouri held its primary on March 15. No candidate made it on the ballot, and the only option for voters was "Uncommitted".