Dragoslav Šekularac (Serbian Cyrillic: Драгослав Шекуларац; born 30 November 1937) is a Serbian former football player and coach. Nicknamed Šeki, he was quick and crafty with the ball, displaying creative skills that turned a lot of heads. Possessing supreme self-confidence along with impeccable technical ability, he was one of the biggest showmen and crowd draws in the history of Yugoslav football. His enormous popularity throughout FPR Yugoslavia during the early 1960s transcended sports as he easily became one of the most recognizable individuals in the country.[1] As a coach, he led several clubs in Canada, Colombia, Australia, Serbia, Mexico, and Spain, and the Guatemala national team in the 1986 World Cup qualification.

Šekularac is considered one of the most important players in the history of Red Star Belgrade, he is one of only five players to have been awarded the Zvezdina zvezda status.

Šekularac was born in Štip, Republic of Macedonia, to a Serbian father Bogosav hailing from the Vasojevići region in northern Montenegro and mother Donka Markovska from Macedonia.[2] His father was a lawyer whose job took him to Štip where he got married and started a family. Dragoslav was an infant when the family moved to Belgrade due to his father getting a job at the Ministry of Agriculture.[3]

He took up football very early, right after World War II ended, and came up through the Red Star Belgrade youth system.

Šekularac made his senior debut at only 17 years of age on 6 March 1955 during the latter part of Red Star's 1954/55 league campaign under head coach Milovan Ćirić. The youngster would record only one more league appearance by the end of that season.

However, the next season, 1955/56, signaled immediate breakthrough. In addition to establishing himself as the first team player, he also became an integral part of the squad that won the Yugoslav league title in convincing fashion. He contributed to the cause with 7 goals in addition to many eye catching midfield displays that would soon become a staple of his game.

By the start of 1956/57 season, Šekularac already had a senior national team debut under his belt. And in November and December he represented FPR Yugoslavia at the 1956 Melbourne Olympics. Despite added pressures and responsibilities, he turned in another stellar league season helping Red Star to another title. He also played an important part in Red Star's European Champions' Cup campaign that ended at semi-final stage versus AC Fiorentina.

All the success led to coach Ćirić receiving and taking SS Lazio head coaching offer. In his place came Miša Pavić who previously mentored Šekularac in the club's youth setup. The season was not much of a success, however, either team wise or for Šekularac individually. Increased opponents' defensive focus multiplied the number of hits and knocks he was forced to endure during games. He battled injury problems that caused him to miss almost half of the season as Red Star quickly fell out of title contention.

Though the next 1958/59 season brought continued injury issues, Šekularac, by now a bona fide star across the league, managed to lead his team to league-cup double, both at the expense of arch rival FK Partizan.

He ended up playing 375 official competitive matches (156 of those in the league) for Red Star and scoring over 119 goals (32 league goals).

He later played for Independiente Santa Fe in Colombia for five seasons, before transferring to Millonarios from Bogotá and ending his playing career in the German Bundesliga with Karlsruher SC.

At only 18, he made his national team debut on 30 September 1956. He was on the national side that won the silver medal at the 1956 Summer Olympics in Melbourne, Australia, and also participated in the World Cups of 1958 and 1962. He went on to make 41 senior international appearances, scoring 6 goals.

Šekularac on his most well-known international matches (at the 1960 European Nations' Cup):

"Do I remember that match? To this day, I dream about it. We had a great team that won over the French fans. Against the home side, I took part in one of the best games in the history of football. I was convinced that the trophy would be in our hands. Against the Russians, we've never had luck. It was like that in the final match as well. I remember that we missed a few goal chances and that the Russians at times during the match were totally inferior. That Ponedelnik however was without empathy. He scored on us and prevented us from celebrating our (potentially) biggest triumph."[4] 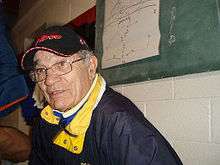 Šekularac as coach of Serbian White Eagles in 2006

In February 2006, prior to the start of the 2006 Canadian Soccer League season, it was announced that Šekularac would become head coach of the expansion Serbian White Eagles, re-founded in February of the same year, with first assistant being Stevan Mojsilović.[5] This would be Šekularac’s second stint with the White Eagles having already played for and coached them in the past. With seasoned internationals being brought over from Serbia and the rest of Europe, the team was set.[5]

The stint, though short-lived, was not without success. The club was a hit in its first season, finishing first in the International Conference with 55 points and first overall (tallying both conferences). In the regular season, Šeki guided the club to 17 wins, 1 loss and 4 ties with a whopping goal differential of 66:13.[6]

The Eagles advanced to the knockout-stage, easily beating Toronto Supra Portuguese in the quarterfinals with a score of 3-0 and also easily beating the Windsor Border Stars in the semifinal 6-1. The fairy-tale season was almost brought to a Cinderella end but the Serbian White Eagles lost to the Italia Shooters in the final by a score of 1-0.[6]

He was quick and crafty with the ball, displaying creative skills that turned a lot of heads. Possessing supreme self-confidence along with impeccable technical ability, he was one of the biggest showmen and crowd draws in the history of Yugoslav football. His enormous popularity throughout FPR Yugoslavia during the early 1960s transcended sports as he easily became one of the most recognizable individuals in the country.

In addition to the swelling of praise and accolades for his skills, he also attracted criticism over lack of team play and overall attitude on the pitch that some found to be disrespectful to the game.[7] Others point to his lack of effectiveness and a seeming disproportion between his talent and his overall career statistics.[8]

Along with Serbian, English and Spanish, Šekularac also speaks conversational Portuguese.[9] Šekularac retired in 2007 and lives in Belgrade, Serbia.

Šekularac is also remembered as the perpetrator of an infamous on-pitch incident in fall 1962 when he assaulted referee Pavle Tumbas in the middle of a league match. He ended up serving a year and a half long suspension.