As a philosopher he was particularly known for his publication of Civilisation, Its Cause and Cure in which he proposes that civilisation is a form of disease that human societies pass through.[4]

An early advocate of sexual freedoms, he had an influence on both D. H. Lawrence and Sri Aurobindo, and inspired E. M. Forster's novel Maurice.[5]

Born in Hove in Sussex, Carpenter was educated at nearby Brighton College where his father was a governor. His brothers Charles, George and Alfred also went to school there. When he was ten, he displayed a flair for the piano.[6]

His academic ability appeared relatively late in his youth, but was sufficient enough to earn him a place at Trinity Hall, Cambridge.[7] Whilst there he began to explore his feelings for men. One of the most notable examples of this is his close friendship with Edward Anthony Beck (later Master of Trinity Hall), which, according to Carpenter, had "a touch of romance".[6] Beck eventually ended their friendship, causing Carpenter great emotional heartache. Carpenter graduated as 10th Wrangler in 1868.[8] After university he joined the Church of England as a curate, "as a convention rather than out of deep Conviction".[9]

In 1871 he was invited to become tutor to the royal princes George Frederick (late King George V) and his elder brother, Prince Albert Victor, Duke of Clarence, but declined the position. The job instead went to his lifelong friend and fellow Cambridge student John Neale Dalton.[10] Carpenter continued to visit Dalton while he was tutor, and was presented with photographs of themselves by the princes.[11]

In the following years he experienced an increasing sense of dissatisfaction with his life in the church and university, and became weary of what he saw as the hypocrisy of Victorian society.[6] He found great solace in reading poetry, later remarking that his discovery of the work of Walt Whitman caused "a profound change" in him. (My Days and Dreams p. 64)

Moving to the North of England 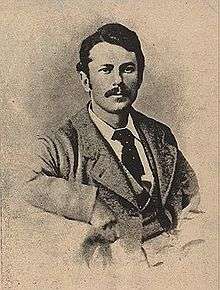 Carpenter left the church in 1874 and became a lecturer in astronomy, sun worship, the lives of ancient Greek women and music, moving to Leeds as part of University Extension Movement, which was formed by academics who wished to introduce higher education to deprived areas of England. He hoped to lecture to the working classes, but found that his lectures were attended by middle class people, many of whom showed little active interest in the subjects he taught. Disillusioned,[6] he moved to Chesterfield, but finding that town dull, he based himself in nearby Sheffield a year later.[7] Here he finally came into contact with manual workers, and he began to write poetry. His sexual preferences were for working men: "the grimy and oil-besmeared figure of a stoker" or "the thick-thighed hot course-fleshed young bricklayer with a strap around his waist".[12]

In Sheffield, Carpenter became increasingly radical. Influenced by a disciple of Engels, Henry Hyndman, he joined the Social Democratic Federation (SDF) in 1883 and attempted to form a branch in the city. The group instead chose to remain independent, and became the Sheffield Socialist Society. While in the city he worked on a number of projects including highlighting the poor living conditions of industrial workers.

In May 1889, Carpenter wrote a piece in the Sheffield Independent calling Sheffield the laughingstock of the civilized world and said that the giant thick cloud of smog rising out of Sheffield was like the smoke arising from Judgment Day, and that it was the altar on which the lives of many thousands would be sacrificed. He said that 100,000 adults and children were struggling to find sunlight and air, enduring miserable lives, unable to breathe and dying of related illnesses.[13] In 1884, he left the SDF with William Morris to join the Socialist League.

When his father Charles Carpenter died in 1882, he left his son a considerable fortune. This enabled Carpenter to quit his lectureship to start a simpler life of market gardening in Millthorpe, near Barlow, Derbyshire.[14] 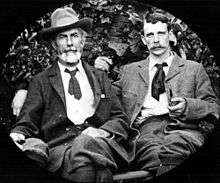 On his return from India in 1891, he met George Merrill, a working class man also from Sheffield, 22 years his junior, and the two men struck up a relationship, eventually cohabiting in 1898.[7] Merrill had been raised in the slums of Sheffield and had no formal education. Their relationship endured and they remained partners for the rest of their lives, a fact made all the more extraordinary by the hysteria about homosexuality generated by the Oscar Wilde trial of 1895. Carpenter remarked in his work The Intermediate Sex:

Eros is a great leveller. Perhaps the true Democracy rests, more firmly than anywhere else, on a sentiment which easily passes the bounds of class and caste, and unites in the closest affection the most estranged ranks of society. It is noticeable how often Uranians of good position and breeding are drawn to rougher types, as of manual workers, and frequently very permanent alliances grow up in this way, which although not publicly acknowledged have a decided influence on social institutions, customs and political tendencies.[15]

Carpenter included among his friends the scholar, author, naturalist, and founder of the Humanitarian League, Henry S. Salt, and his wife, Catherine; the critic, essayist and sexologist, Havelock Ellis, and his wife, Edith; actor and producer Ben Iden Payne; Labour activists, John Bruce and Katharine Glasier; writer and scholar, John Addington Symonds and the writer and feminist, Olive Schreiner.[16] E. M. Forster was also close friends with the couple, who on a visit to Millthorpe in 1912 was inspired to write his gay-themed novel, Maurice.[17] Forster records in his diary that, Merrill, "...touched my backside - gently and just above the buttocks. I believe he touched most people's. The sensation was unusual and I still remember it, as I remember the position of a long vanished tooth. He made a profound impression on me and touched a creative spring."[7] 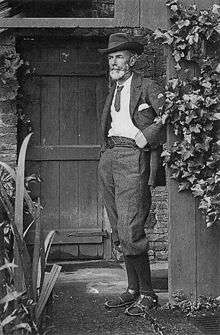 In 1902 his anthology of verse and prose, Ioläus: An Anthology of Friendship, was published.[19]

In 1915, he published The Healing of Nations and the Hidden Sources of Their Strife, where he argued that the source of war and discontent in western society was class-monopoly and social inequality.

After the First World War he had moved to Guildford, Surrey, with George Merrill.[20] In January 1928, Merrill died suddenly.[7]

In May 1928, Carpenter suffered a paralytic stroke. He lived another 13 months before he died on Friday 28 June 1929, aged 84.[7] He was interred, in the same grave as Merrill, at the Mount Cemetery at Guildford in Surrey. 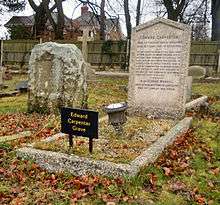 Ansel Adams was an admirer of Carpenter's writings, especially Towards Democracy.[21] Leslie Paul was influenced by Carpenter's ideas; in turn he passed on Carpenter's ideas to the scouting group he founded, The Woodcraft Folk.[22]

Carpenter has also been known as the "Saint in Sandals", the "Noble Savage" and, more recently, the "gay godfather of the British left".[23]