The Foster Care Independence Act of 1999 (Pub.L. 106–169, 113 Stat. 1882, enacted December 14, 1999) aims to assist youth aging out of foster care in the United States in obtaining and maintaining independent living skills. Youth aging out of foster care, or transitioning out of the formal foster care system, are one of the most vulnerable and disadvantaged populations. As youth age out of the foster care system at age 18, they are expected to become self-sufficient immediately, even though on average youth in the United States are not expected to reach self-sufficiency until age 26.[1]

With the passage of the Foster Care Independence Act of 1999, funding was increased to enable states to design, conduct, and evaluate independent living programs with the purpose of assisting youth as they transition out of foster care. States are encouraged to create programs that support youth by addressing finances, housing, health, education, and employment. The bill also increases support to youth aging out of foster care in other ways, such as broadening the eligibility requirements to obtain Medicaid and increasing funding for adoption incentives.

The Foster Care Independence Act of 1999 (Pub.L. 106–169, 113 Stat. 1882, enacted December 14, 1999) was signed into law by President Bill Clinton on December 14, 1999.[2] The Act includes provisions relating to foster care and the OASDI and SSI programs.[3][4] It also assists World War II veterans by providing special cash benefits. Title I of the bill includes the foster care provisions and Title II of the bill includes the OASDI and SSI provisions.[3][4]

Over 20,000 youth age out of foster care each year and many are not prepared to live independently. Many youth are discharged from care with no social supports or assistance, resulting in lack of basic education, high rates of unemployment, homelessness, and dependence on public assistance programs.[5] 12% of all foster youth report being homeless at least once since their discharge from foster care and 41% of homeless young people report having spent time in foster care.[6][7] One-third of foster youth earn below $6,000 per year, which is well below the national poverty level.[8]

Foster youth are more likely to have substance abuse issues, become parents soon after aging out of care, or end up incarcerated. One study reports that 56% of youth used "street drugs" while in foster care and 33% of youth report experiencing drug or alcohol problems since leaving care.[7] Children who age out of foster care are at a high risk for mental illness; including posttraumatic stress disorder (PTSD), depression, anxiety, and attachment disorders. 15% of foster youth have attempted or contemplated suicide and 1 in 6 youth have a chronic mental illness.[7] In one study concerning foster youth, the rate of PTSD in adults who were in foster care for one year between the ages of 14–18 was found to be higher than that of combat veterans, with 25 percent of those in the study meeting the diagnostic criteria as compared to 12–13 percent of Iraq War veterans and 15 percent of Vietnam War veterans, and a rate of 4% in the general population. More than half the study participants reported clinical levels of mental illness, compared to less than a quarter of the general population.[10][11]

Policy reform to aid foster youth was initiated in the 1980s by service providers and researchers who realized early on the poor outcomes associated with foster youth. The first policy impacting youth aging out of the foster system was the Federal Independent Living Initiative of 1986.[7] The next landmark legislation came in 1997, when the Adoption and Safe Families Act (ASFA) was passed.[12] This reduced the time children remained in foster care before being available for adoption. The law requires state child welfare agencies to identify cases where "aggravated circumstances" make permanent separation of child from the birth family the best option for the safety and well-being of the child. One of the main components of ASFA is the imposition of stricter time limits on reunification efforts. Proponents of ASFA claimed that before the law was passed, the lack of such legislation was the reason it was common for children to languish in care for years with no permanent living situation identified. In conjunction with the passage of the Adoption and Safe Families Act, the National Foster Care Awareness Project as created. The project is a group created with the shared goal of supporting foster youth, and the Foster Care Independence Act was instituted in part by the National Foster Care Awareness Project.[7]

The purpose of the Foster Care Independence Act is to provide states with flexible funding that will enable children likely to "age out" of foster care at age 18 to obtain employment, continue their education, accept personal responsibility, and prepare for the transition from adolescence to adulthood. The program aims to help foster youth transition out of foster care by encouraging self-sufficiency through funding that will allow for States to design and conduct programs that include:[3]

Program funding is used to provide independent living support services to youth both before and after aging out of foster care. Funding supports financial, housing, counseling, employment, educational, and other supportive programs for transitioning youth.[3] Additional funding promotes interactions with mentors and dedicated adults to provide personal and emotional support to foster youth.[3] With the passage of the act, federal funding for the Independent Living Program was doubled from $70 million to $140 million a year.[13] However, states must contribute a 20 percent state match for Independent Living Program funds and use federal training funds to help foster parents address issues confronting adolescents preparing for independent living.[13]

Use of independent living funds

States may apply funds for a period of five consecutive years through an application process that requires submission of a plan that meets requirements of a program that supports transitioning foster youth. Applications for funding must include plans including how the state will design and deliver programs, ensure that youth in various stages of transition will be served, and involve both public and private agencies in planning for independent living. State agencies are expected to administer, supervise, and oversee the programs carried out under the plan.[3]

The Act requires that states receiving funds develop outcome measures to assess the performance of independent living programs. States must measure data that includes educational attainment, high school graduation rates, employment, homelessness, non-marital childbirth, and incarceration. States must report data regarding the success of independent living program to Congress, or be subject to penalties for noncompliance.[3]

The Act also increases health care options for youth aging out of foster care by making changes to the Medicaid law permitting states to provide Medicaid coverage to youth upon aging out of foster care, up to the age of 21.[4] Provisions also allow for former foster youth who are considered low income to be provided with Medicaid coverage by permitting foster youths to have assets up to $10,000 without compromising their assistance.[2]

The Act increases funding for adoption incentive payments,[4] which are bonuses to states for increasing the number of children adopted from public foster care, as opposed to youth remaining in foster care. Additional funding for adoption incentive payments enables States to receive the full amount of the earned bonuses due to increasing adoption rates.[14] 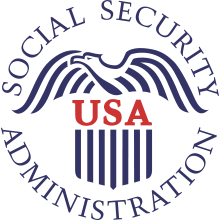 Title II of the Act includes provisions relating to OASDI and SSI provisions. Provisions aim to reduce overpayment and fraud. The Act also contains provisions authorizing a study to determine reasons why family farmers are denied SSI benefits. The following are summary descriptions of the Social Security Administration (SSA) provisions:[3]

Treatment of assets held in trust

Penalties for false or misleading statements

Study of denial of SSI benefits for family farmers

The Foster Care Independence Act also establishes a new title VIII of the Social Security Act that entitles certain World War II veterans to a monthly SSI benefit.[3] "Every individual who is a qualified individual... shall, in accordance with and subject to the provisions of this title, be entitled to a monthly benefit paid by the Commissioner of Social Security for each month after September 2000 (or such earlier month, if the Commissioner determines is administratively feasible) the individual resides outside the United States."[3] Qualified individuals are considered individuals who:[3] 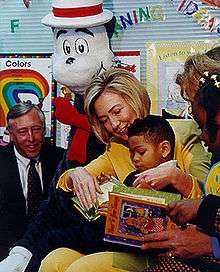 Clinton reads to a child during a school visit (1998).

First Lady of the United States Hillary Clinton was instrumental in passage of the bill, first holding a youth conference on the issues involved and then lobbying the United States Congress in support of legislation.[2][15] It followed in the wake of her support for the earlier Adoption and Safe Families Act of 1997, which made it easier to adopt foster children;[16] the Foster Care Independence Act was intended to ease the transition into adulthood of foster children who did not get adopted.[16]

Upon signing the bill into law, President Bill Clinton stated:

"Hillary and I are very pleased that the Congress today approved H.R. 3443, "Foster Care Independence Act of 1999." This legislation helps ensure that young people in foster care get the tools they need to make the most of their lives. It builds on proposals in my budget to empower those leaving foster care by providing them access to health care, better educational opportunities, training, housing assistance, counseling, and other support and services. We cannot let these young people walk their tough road alone."[14]