Party standings on the opening day of the 106th Congress

There were two resignations and three deaths. 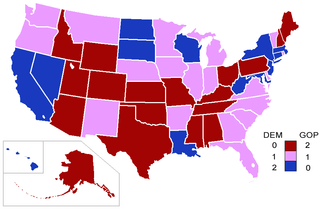