Gökböri (also rendered Gokbori, Kukburi and Kukuburi), or Muzaffar ad-Din Gökböri (full praise names: al-Malik al-Muazzam (the Exalted Prince) Muzaffar ad-Din (the Triumphant in the Faith)), was a leading emir and general of Sultan Saladin (Ṣalāḥ ad-Dīn Yūsuf ibn Ayyūb). He served both the Zengid and Ayyubid rulers of Syria and Egypt. He played a pivotal role in Saladin's conquest of Muslim Syria and later held major commands in a number of battles against the Crusader states and the forces of the Third Crusade.

Gökböri, whose name means "Blue-wolf" in old Turkish, was the son of Zain ad-Din Ali Kutchek, the governor of Erbil (known as Arbela in contemporary Arab usage, as in the works of Ibn Khallikan) in northern Iraq. Gökböri's ancestry was Turcoman and his forebears were associated with the Seljuk Turks. On the death of his father in August 1168, the fourteen-year-old Gökböri succeeded to the lordship of Erbil. However, the atabeg of Erbil, Kaimaz, deposed Gökböri in favour of his younger brother, Zain ad-Din Yusuf. Gökböri, exiled from his city, eventually took service with the Zengid prince Saif ad-Din Ghazi ibn Maudud of Mosul. The lord of Mosul granted Gökböri the city of Harran as a fief.[1]

In the meantime, Saladin, originally a subject of Nur ad-Din, the Zengid ruler of Syria, had made himself master of Egypt. Saladin was ambitious to unite Egypt and Syria under his rule, and turned against his former master Nur ad-Din. In 1175, following the death of Nur al-Din, Gökböri commanded the right wing of the Zengid army defeated by Saladin at the Horns of Hama. During the battle the right wing of the Zengid army broke Saladin's left flank, before being routed in turn by a charge of Saladin's guard.[2] Following this defeat, and the continuing lack any unifying figure in the mould of Nur ad-Din, Gökböri realised that Zengid power was on the wane in Syria and the Jazira (Upper Mesopotamia) and he made the momentous decision to defect to Saladin (1182). His support for Saladin was instrumental in the defeat of the remnants of Zengid power.[3]

In 1185, when Saladin, with Gökböri, was campaigning against Izz ad-Din Mas'ud, the Zengid ruler of Mosul, Saladin became gravely ill. He was nursed back to health in Gökböri's castle at Harran. In 1186 the war ended, when Izz ad-Din Mas'ud agreed to become Saladin's vassal.[4]

Following the conquest of Northern Syria and the Jazira, Saladin added Edessa (Urfa) and Samsat to Gökböri's lands. He was then given Saladin's sister, al-Sitt Rabia Khatun, in marriage.[5]

War against the Crusader states The Battle of Hattin, from a 15th-century manuscript

Gökböri became known as a reliable and skilled military leader. Saladin's secretary, the historian Imad ad-Din al-Isfahani, described him as: "... the audacious, the hero of well thought out projects, the lion who heads straight for the target, the most reliable and firmest chief."[6]

In Saladin's campaigns against the Crusader states Gökböri was given important commands. At the Battle of Cresson (1187) he led an army of 700 - 7,000 which defeated a Christian army containing a large contingent from the military orders. The Christian army was destroyed and the Master of the Knights Hospitaller, Roger de Moulins, was killed.[7]

Gökböri's finest military achievement was at the Battle of Hattin (1187), where he commanded the left of the Ayyubid army; Saladin commanded the centre and his nephew, Taqi ad-Din, the right.[8] This battle saw the destruction of army of the Kingdom of Jerusalem, leading to the fall of the greater part of the kingdom, including the holy city of Jerusalem, to Saladin. Ibn Khallikan describes how Gökböri and Saladin's nephew stood firm when the rest of the army was fleeing. They rallied the Ayyubid forces and led them in a counter-attack which decided the battle.[9] 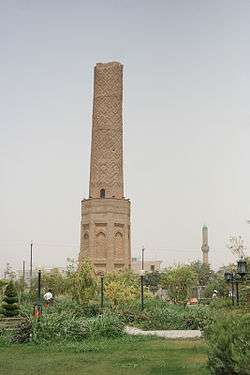 On the death of his brother, Zain ad-Din Yusuf, in 1190 during the Siege of Acre, Gökböri petitioned Saladin for the return of his paternal inheritance of the city of Erbil. He received Erbil and Shahrozur, but surrendered Edessa, Harran and Samsat, which were granted to Taqi ad-Din.[10]

Gökböri remained the ruler of Erbil until his death. He was a devout Sunni Muslim and built extensively in his domains for both the spiritual and corporeal needs of his subjects, creating a religious college the Dar al-Hadith al-Muzaffariya (founded in 1198), sufi convents (khanqah), a travellers' inn and a number of establishments for the blind, orphans and widows.[11] He was particularly noted as a fervent celebrator of Mavlid, a ceremonial recitation of praise poems celebrating the Prophet Mohammad, on the anniversary of his birth. Those organised by Gökböri were preceded by hunting parties and lavish sacrifices. This has been seen by later commentators as representing a level of syncretism with pre-Islamic, traditional Turkish practices called Siğir and Shölen.[12]

In old age he campaigned against the Mongols, during their first approaches to Mesopotamia, which they were soon to overrun and devastate (Siege of Baghdad (1258)). Falling ill, he returned to Erbil where he died in June 1233.[13]