Not to be confused with Guarany Futebol Clube or Club Guaraní. 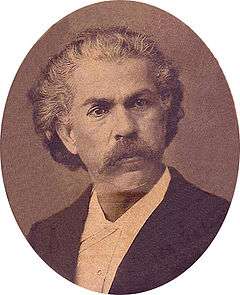 Guarani Futebol Clube is a Brazilian football club located in Campinas, São Paulo. It is also known as Bugre, a popular term for an Indigenous Brazilian, and its supporters are known as bugrinos.

Guarani Futebol Clube was founded on April 1, 1911, in the city of Campinas, São Paulo, as Guarany Foot-Ball Club, by the initiative of 12 Gymnasio do Estado (currently known as Culto à Ciência) students, including Pompeo de Vito, Hernani Felippo Matallo and Vicente Matallo.[2] Those students usually played football at Praça Carlos Gomes.[2] Vicente Matallo became Guarani's first president.[2] Guarani was officially founded on April 1, 1911, however to avoid jokes being made by the supporters of rival teams due to the association with April Fool's Day, the directors of Guarani changed the official foundation date to April 2, 1911.[3] Guarani was named after maestro Antônio Carlos Gomes' opera "Il Guarany". Antônio Carlos Gomes was born in Campinas, Brazil, and is one of the most distinguished nineteenth century classical composers.[3]

In 1949, Guarani won Campeonato Paulista Second Division, gaining the right to play in the first division in the following year.[3]

As of 2012, Guarani is the only Brazilian interior team to have won the national championship (not counting Santos, since despite the fact Santos is not a state capital, it is located in the coastline). The club won Campeonato Brasileiro in 1978, after defeating Palmeiras.[4]

In 2016, Guarani qualified for playoff semifinals of 2016 Campeonato Brasileiro Série C, thus ensuring return to Serie B after four-year absence. 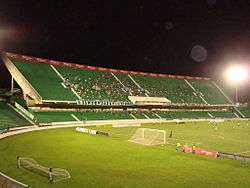 Guarani's biggest rival is Ponte Preta, who also hail from Campinas. The games between Guarani and Ponte Preta are known as Derby Campineiro.[7]

Performances in the Série A

Guarani players in the World Cup

The following footballers, who have played for Guarani at some point during their careers, represented Brazil in the FIFA World Cup: