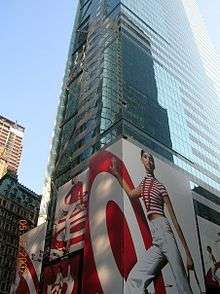 Heller Ehrman LLP was an international law firm of more than 730 attorneys in 15 offices in the United States, Europe, and Asia. Heller Ehrman was founded in San Francisco in 1890 and had additional offices located in most of the major financial centers around the world including New York City, Los Angeles, Washington, D.C., London, Beijing, Hong Kong and Singapore.[2]

In September 2008, the firm encountered troubles after losing 15 intellectual property (IP) partners to Covington & Burling, which led to the collapse of merger talks with Mayer Brown on 14 September 2008.[3] Including the above 15, a total of 50 partners had left the firm in 2008.[4] One anonymous legal market expert said the exit of the IP partners could constitute a default in Heller’s line of credit with its bank, effectively triggering liquidation.[4]

On September 25, 2008, the firm confirmed its dissolution would occur on November 28, 2008.[5] The firm filed a voluntary petition for chapter 11 bankruptcy for protection in the United States Bankruptcy Court for the Northern District of California on December 28, 2008.[6]

Following the firm's bankruptcy, the firm's trustee had a dispute with the firm's former partners as to whether the firm or the individual partners are entitled to revenue from client matters pending at the time of bankruptcy. The dispute reached the California Supreme Court in 2016.[7]

Heller Ehrman had its beginning in 1890 when Emanuel S. Heller opened his law practice at 124 Sansome Street, Room 30, in San Francisco, California. Heller was a graduate of the University of California, Berkeley, received his law degree from the University of California, Hastings College of the Law and passed the California Bar in 1889. In 1896, Francis H. Powers joined with Heller and the partnership name changed to Heller & Powers. In 1905, Sidney M. Ehrman, also a graduate of the Hastings, entered into partnership with Heller and Powers, forming Heller Powers & Ehrman. In 1921, Jerome White and Florence McAuliffe joined the partnership after the death of Francis Powers, establishing the firm as Heller Ehrman White & McAuliffe LLP. The firm retained this name for more than 84 years until the name was shortened in 2005.[8]

Between the years 1974 to 2007, Heller Ehrman realized an increase in business, causing the firm to branch out from the west coast with an additional 12 offices in locations ranging from London to Singapore. In 1986 the San Francisco headquarters was moved to a new skyscraper at 333 Bush Street. By 1991 the firm had 370 lawyers, over 3.5 times the number it had employed just ten years earlier.[9]

By 2007 the firm had over 730 lawyers, over twice the number it employed just 15 years earlier. During the 2006 fiscal year it more than doubled its gross revenue from just 10 years earlier to a level just north of half a billion dollars.[9]

1906: Having withstood the San Francisco earthquake, the Heller family residence achieves a certain historical renown as it becomes the temporary headquarters for the firm's two major clients at the time: Wells Fargo Nevada National Bank and the Union Trust Company.

1921: Establishment of Heller Ehrman White & McAuliffe, with Sidney Ehrman entering the partnership in 1905 and Jerome White and Florence McAuliffe joining in 1921. The firm retains this name for more than 84 years.

1929: Florence McAuliffe negotiates the financing for the construction of the San Francisco–Oakland Bay Bridge.

1930: Sidney Ehrman acts as counsel in the formation of the consortium of contractors, Six Companies, Inc., created to build the Hoover Dam. The firm will go on to litigate several cases for the consortium.

1934: Firm successfully takes up on appeal what would become a watershed case in Wells Fargo's history. The issue in McDuffie v. Wells Fargo Bank is whether the bank can apply the proceeds of four foreign bills of exchange to an indebtedness due from the Richfield Oil Company to the bank.

1965: The antitrust case GTE Sylvania, Inc. v. Continental T.V., Inc. begins, eventually making its way to the U.S. Supreme Court in 1975, where the Court finds in favor of firm client GTE Sylvania. The case sets a precedent for applying the "rule of reason" to vertical business restraints.

1968: Heller Ehrman Shareholder Julian Stern negotiates with Syntex Corporation for the services of Dr. Alejandro Zaffaroni, along with concepts and technology that Syntex does not want to pursue and Dr. Zaffaroni does. Upon completion of negotiations, Stern helps to set up ALZA Corporation, which will go on to pioneer drug delivery systems for the pharmaceutical industry.

1971: Heller Ehrman takes Levi Strauss public and then structures the leveraged buyout when the company goes private in 1985.

1972: Firm helps to form Cetus Corporation, among the first of the biotechnology companies.

1979: Firm takes on an antitrust case for Levi Strauss & Company, in which Levi Strauss was charged with trying to control too tightly the price charged for its goods by retailers. The Federal Trade Commission first rejects a draft settlement by Heller Ehrman attorneys, but later is prepared to settle on the same terms after the U.S. Supreme Court hands down the Sylvania decision.

1983: Shareholder Steven Bomse begins work for Hoffman La Roche, representing them in a contretemps with the University of California relating to Interferon, a promising anti-cancer drug developed by Roche jointly with Genentech. A UCLA scientist charged Roche with having stolen the living cells used to help produce the drug. The cell line had actually been sent voluntarily to a scientist who in turn sent it to Roche.

1985: Trial begins for the California Coordinated Asbestos Insurance Coverage Litigation, a gigantic case in which firm client Johns Manville's complaint against its insurers is joined with several other insurance coverage lawsuits. The case involves so many parties, the trial takes place in a specially constructed courtroom in the San Francisco Civic Center Auditorium.

1988: Heller Ehrman successfully obtains an injunction forcing the government to place observers on tuna boats in order to protect the dolphin species under the terms of the Marine Mammal Protection Act.

2001: Heller Ehrman represents ALZA in its $12 billion merger with pharmaceutical giant Johnson & Johnson. The firm had represented ALZA since its incorporation in 1968.

2002: In the first high-profile case involving stem cell research, attorneys represent the Wisconsin Alumni Research Foundation in a settlement with Geron Corporation that "could jump-start commercialization of stem cell research", according to The Wall Street Journal.

2003: Heller Ehrman represents Northrop Grumman Corporation in the $4.7 billion sale of TRW Automotive to The Blackstone Group.[10] The transaction resulted in one of the largest leveraged buyouts in world history.

2003: The American Lawyer recognizes Heller Ehrman as one of the Top 20 "A-List" law firms in the U.S. The firm is again recognized in 2004 and 2005, one of only a handful of firms to make the list every year since its inception.

Other cases and transactions