For other uses, see Rotem (disambiguation).

Hyundai Rotem is a South Korean company manufacturing rolling stock, defense products and plant equipment. It is part of the Hyundai Motor Group. Its name was changed to the current one from Rotem on December 2007 to reflect its parent company.[2]

The company was founded in 1999 as Korea Rolling Stock Corporation (KOROS), the result of merger between then three major rolling stock divisions of Hanjin Heavy Industries, Daewoo Heavy Industries and Hyundai Precision & Industries. The company subsequently changed its name to Railroading Technology System, or Rotem, on 1 January 2002.[3] It adopted its current name in December 2007 to reflect its current owner. Hyundai Rotem currently employs 3,800 and exported to 29 countries worldwide.

Notable projects include supplying most of South Korea's rolling stock, which include Korail's KTX high speed trains, Electric multiple units, and Electric locomotives. Other products in South Korea includes supplying all of Seoul Metro, Seoul Metropolitan Rapid Transit, and Shinbundang Line's Electric multiple units. International products include Hong Kong MTR's K-Stocks, commuter EMUs for Taiwan, trains for the New Delhi Metro, and automated trains for the Canada Line between downtown Vancouver and Richmond in British Columbia, Canada. They are also to supply the Silverliner V commuter trains for SEPTA Regional Rail in the Philadelphia, Pennsylvania area. The Philippine National Railways have partnered with Hyundai Rotem to upgrade and construct its train and stations in the Luzon island for convenience and fast transportation; the trains have been delivered and are currently in service. 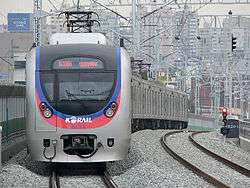 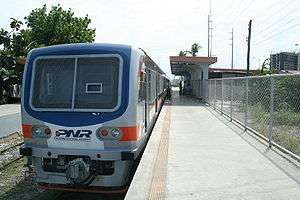 A PNR DMU train in the Philippines 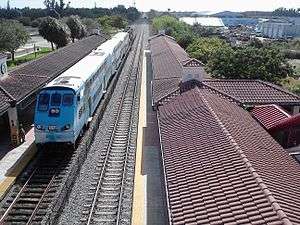 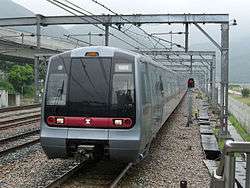 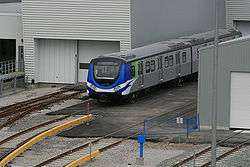 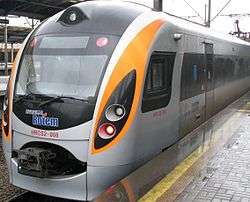 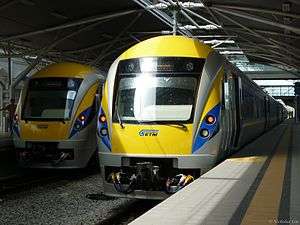 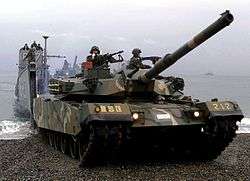 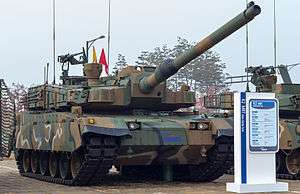 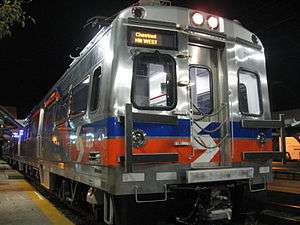 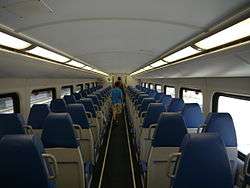 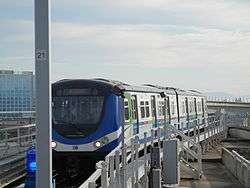 Hyderabad Metro Rail announced on September 12, 2012 that it has awarded the rolling stock tender to Hyundai Rotem of South Korea. The tender is for 57 rakes consisting of 171 cars which will delivered phase wise at least 9 months before the commencement of each stage.On 22 May 2014 the first train had arrived at Uppal depot in Hyderabad. On 31 December 2014, Hyderabad Metro created a new technology record by successfully running a train in Automatic Train Operation (ATO) mode for the first time on Indian soil between Nagole and Mettuguda.[5] 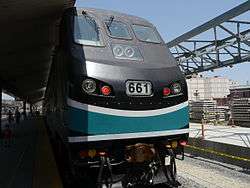 Hyundai Rotem announced on November 11, 2008, that it had signed a €580m contract to supply the rolling stock for the Marmaray cross-Bosporus tunnel project in Istanbul. The Korean firm saw off competition from short-listed bidders Alstom, CAF and a consortium of Bombardier, Siemens and Nurol for the 440-vehicle contract which was placed by the Ministry of Transport's General Directorate of Railways, Harbours & Airports.

The 22 m long stainless steel cars will be formed into 10 and five-car EMUs. Some production will be carried out locally by Eurotem, Hyundai Rotem's joint venture with Turkish rolling stock manufacturer TÜVASAŞ. The cars will arrive in three batches, the first 160 cars by 2011, the last by June 2014.

Hyundai Rotem won its first contract in Turkey in 1996, and has now completed seven orders for a total of 804 vehicles worth US$1·6bn. In July it signed a contract to provide 84 DMUs in conjunction with Tüvasas.

'Hyundai Rotem has earned the trust of Turkey by providing high quality products and technology', said Executive Vice-Chairman Yeo-Sung Lee. 'We believe this brightens the outlook for future business opportunities in Turkey such as the Istanbul line and the Ankara line.'

Hyundai Rotem was awarded a contract with Boston's MBTA in early 2008 for the construction of 75 cars. The contract entails the delivery of the first 4 cars by October 2010 while the remaining 71 cars were scheduled to be delivered by the end of 2012. However, due to chronic delays, shoddy workmanship, material shortage, and the death of Hyundai Rotem's chief executive, M.H. Lee, in November 2012, only four cars have been delivered by the end of 2012. On December 21, 2012, the MBTA sent a letter to Hyundai Rotem threatening to cancel the contract if a solution is not soon reached, which, would be a breach of the contract terms.[6]