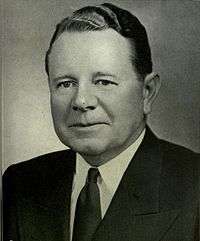 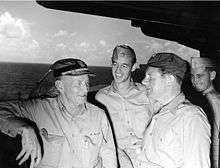 Sullivan's major contributions to the Navy's future directions include the advent of naval nuclear propulsion. In 1947, then-Captain Hyman G. Rickover went around his chain-of-command and directly to the Chief of Naval Operations, Fleet Admiral Chester Nimitz, by chance also a former submariner, to pitch his ideas for creating a nuclear-powered warship. Nimitz immediately understood the potential of nuclear propulsion and recommended the project to Sullivan, whose endorsement to build the world's first nuclear-powered vessel, USS Nautilus (SSN-571), later caused Rickover to state that Sullivan was "the true father of the Nuclear Navy."[1][2]

Born in Manchester, New Hampshire, he was an alumnus of Dartmouth College.[3] He died on August 8, 1982.

A biographical book entitled A Different Time, A Different Man written by Stephen Clarkson (published 2012) chronicles the life of Sullivan.[2][4]