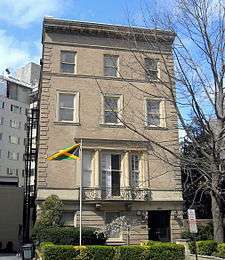 The son of Robert Winthrop and Kate Wilson Taylor, Beekman "Beek" Winthrop came from a family of wealth and influence in New York. He was born in Orange, New Jersey and attended Harvard University in Cambridge, Massachusetts where he received a Bachelor of Arts (A.B.) degree in 1897 and a LL.B degree from Harvard Law School in 1900, graduating second in his class.

A descendant of both John Winthrop, first Governor of Massachusetts, and John Winthrop, the Younger, first Governor of Connecticut, immediately after graduating he became a personal secretary to future president William Howard Taft while Taft was Governor-General of the Philippines. Winthrop was soon promoted to Assistant Executive Secretary of the Philippines (1901-1903) and was appointed as a Judge of the Court of First Instance, Philippine Islands (1903-1904). He was known to be a personal friend of Theodore Roosevelt and was appointed by him in 1904 as Governor and General Commander of Puerto Rico, at the age of only 28.[1][2][3] He was confirmed by the Congress.[4][5] Melza Riggs Wood (1870-1928), four years his senior, whom he married in 1903,[6] became the First Lady of Puerto Rico.

Winthrop took oath as governor of Puerto Rico on July 4, 1904, and served until April 17, 1907.[7] On his inauguration, he promised improvements to the educational system of Puerto Rico. Winthrop was a proponent of bringing citizenship and locally elected officials to Puerto Rico system of governance.[8] The press reported favorably on Winthrop's activities, and reporters were especially impressed with Mrs. Winthrop's fluency in Spanish, which made her popular among local population.[9]

Following his retirement from public service in 1913, he was a director of National City Bank. He resigned from the bank in 1916.[12] He subsequently became a senior partner of Robert Winthrop & Co. in New York, from which capacity he stepped down in 1939. At the end of his life he lived in New York on East 69th Street,[13][14] where he died on November 10, 1940.[15] He is buried at Green-Wood Cemetery.

The Winthrops did not have children, however, Nathaniel Thayer Winthrop, a son of Frederic Bayard Winthrop, named his son, Beakman Winthrop (1941-2014) to honor his uncle.[16]