The formerly state-owned firm is South Korea's first telephone company and as such it dominates the local landline and broadband Internet market, serving about 90 percent of the country's fixed-line subscribers and 45 percent of high-speed Internet users. After selling its wireless affiliate Korea Mobile Telecom in 1994, KT returned to the wireless market with the creation of PCS carrier KTF in 1996.

The company's 2009 merger with KTF, its wireless subsidiary, made it the country's ninth largest chaebol (conglomerate) with nearly 24 trillion won ($20 billion) in assets.[2]

In late 2015 former KT president Suk-Jae Lee was charged of breach of trust and embezzlement, allegations which he denies.[4]

Originally founded in 1981 as a public utility, KT actively led Korea's transition to the information era and played a key role in transforming Korea into a major information technology hub. As a state-owned firm, KT had the clout to influence changes to itself and Korean telecommunications industry as a whole; selling its wireless affiliate in 1994, founding another in 1996 and becoming, along with Dacom, one of Korea's earliest ISPs. In 2001 KT acquired struggling broadband provider Thrunet, then the largest broadband company in Korea, which paved the way for KT to dominate the broadband market.[5] In 2009, KT merged with its wireless subsidiary KTF, paving the way to the integration of landline and cellular services. Ever since KT introduced the Apple iPhone to South Korea, it has been constantly seeking new business area, such as media, e-commerce, and global business partnerships. The company has a well-distributed shareholder structure under which the National Pension Service (NPS) is the largest shareholder (6.81% as of December 31, 2012), but NPS holds no managerial rights over the company.[6] Under the current shareholder structure, no controlling shareholder exists. 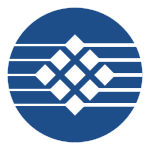 KT’s Board of Directors (BOD) consists of three non-independent directors and eight outside directors, totaling eleven directors as of March 2012. The outside directors are nominated by the Outside Director Nomination Committee based on their expertise and business leadership, and hold office for less than three years. The BOD chairman is selected from among the outside directors and serves for a one-year term. The BOD consists of five standing subcommittees and two ad hoc subcommittees. If required, additional sub-committees may be set up. The current internal directors are Chang-Gyu Hwang (Chairman & CEO), Hyeon-myung Pyo and Il-yung Kim, and the external directors are Eung Han Kim (Board Chairman), Chun-Ho Lee, Hyun-nak Lee, Byong-won Bahk, Keuk-je Sung, Sang-Kyun Cha, Do-Kyun Song.[20]

As of 2012 KT customers can receive the services on any of radio frequency band assigned, one or more of radio interfaces.[21]

KT was the first operator in South Korea to introduce the iPhone, into the Korean market in November 2009.[23][24] The next generation model sold one million units within four months of its September 2010 launch. KT launched the iPad in November 2010.[25]

KT discontinued 2G coverage in January 2012 in the Seoul area, and March 2012 in the rest of South Korea on the 1.8 GHz frequency, whichwill be reassigned for LTE network branded "Olleh LTE" (올레 엘티이)LTE coverage all over South Korea will be accomplished by June 2012. Dual-band LTE on the 900 MHz will be available in Seoul by the end of 2012.[27]

In June 2015 KT announced it has teamed up with Samsung Electronics to combine Wi-Fi and LTE in a gigabit-speed mobile service called GiGA LTE.[28] The new network is estimated to be 15 times faster than the existing LTE and four times faster than the tri-band LTE-A, the fastest wireless network currently available in the Korean market. [29]

KT is the only operator that provides TRS in South Korea, as it merged t-on Telecom in September 2012.

In the first half of 2011, kt launched the "Kibot", a robot specially developed for the education and entertainment of children, which has value-added features, such as more advanced versions of functionalities found on the existing video and Internet phones. In the second half of the year, kt plans to expand beyond voice services by actively pursuing Smart Home services, centering on a rich array of contents.

In June 2010, kt launched the uCloud, a cloud service that offers users access to a wide range of IT resources (i.e. infrastructure, platform, software), out of which users can selectively use and pay for just the resources they need. uCloud provides online cloud storage via both fixed-line and wireless networks. It can be accessed anywhere via portable devices, enabling users to download data wherever they are. "uCloud" is the name coined for KT’s cloud service, with the "u" standing for "ubiquitous" and simultaneously referring to customers in the second person as "you".

kt launched the Mobile TV app, which enables customers to view live IPTV and video on demand on their smartphones and tablets.

In 2007, KT acquired 54.5% of East Telecom, Uzbekistan’s second-largest fixedline operator, and 60% of the shares of the WiMAX operator, Super iMAX.[30]

In 2012, KT and Telkom signed for a consultancy agreement for providing business improvement strategies for mobile sector and iWayAfrica, Telkom’s subsidiary for its VSAT business.[31]

Since 1995, KT has been a major shareholder of Mongolia Telecom. KT dispatched business professionals to Mongolia and operated various training programs.[32] In 2012, KT contracted with the Mongolian government for establishing an Earthquake Disaster Warning System (EDWS).[33]

In 2012, KT contracted with the Brunei government to establish National Data Center (NDC) and its operation.[34]

In 2007, KT signed a contract to build a Mobile WiMAX (or WiBro) network in Rwanda.[35] In 2008, KT signed a deal with the Rwandan government to build the backbone its new telecommunication network.[36] In December 2012, KT conducted a national information security project in Rwanda with Korea Internet & Security Agency (KISA).[37] In March 2013, KT signed a contract with the Rwandan government to establish the joint venture to build a nationwide mobile LTE network.[38]

Kt is currently involved in the Jeju Smart Place test bed project led by Korea's Ministry of Trade, Industry and Energy, which is being pursued for the purpose of testing and developing smart grid business models. The project is being conducted on 6,000 households in Jeju island’s Gujwa-eup area, and is scheduled to be conducted over a period of 42 months from May 2009 to May 2013. The aim of the project is to provide an integrated energy management service and achieve the means for efficient energy usage by adopting renewable energy sources and energy storage devices. The project is being executed by the kt Consortium, which is composed of kt and 14 other companies, including Samsung SDI, Hyosung, Samsung Electronics, and four contractors, with the focus being to conduct demonstration tests on electric power-communication convergence business models.