From the mid-1950s, Fuji Photo accelerated the establishment of overseas sales bases. In the 1980s, Fuji Photo expanded its production and other bases overseas, stepping up the pace of its business globalization. Meanwhile, Fuji Photo developed digital technologies for its photo-related, medical and printing businesses.

Like its rival Eastman Kodak which dominated in the US, Fuji Photo enjoyed a longtime near-monopoly on camera film in Japan. By becoming one of the title sponsors of the 1984 Los Angeles Olympics (an opportunity that Kodak passed on), offering cheaper camera film, and establishing a film factory in the US, Fuji gained considerable market share there, while Kodak had little success in penetrating Japan. In May 1995, Kodak filed a petition with the US Commerce Department under section 301 of the Commerce Act arguing that its poor performance in the Japanese market was a direct result of unfair practices adopted by Fuji. The complaint was lodged by the US with the World Trade Organization. On January 30, 1998, the WTO announced a "sweeping rejection of Kodak's complaints" about the film market in Japan.[2][3]

The new millennium witnessed the rapid spread of digital technology in cameras. Demand for photographic films plunged in line with the growing popularity of digital cameras. In response, Fuji Photo implemented management reforms aimed at effecting drastic transformation of its business structures. Even as early as the 1980s, the company had foreseen the switch from film to digital, so "it developed a three-pronged strategy: to squeeze as much money out of the film business as possible, to prepare for the switch to digital and to develop new business lines." While both film manufacturers recognized this fundamental change, Fuji Photo adapted to this shift much more successfully[2] than Eastman Kodak (which filed for bankruptcy in January 2012). Fuji Photo's diversification efforts also succeeded while Kodak's had failed; furthermore Kodak built up a large but barely profitable digital camera business that was undone quickly by smartphone cameras.[2]

In September 19, 2006, Fujifilm announced[4] plans to establish a holding company, Fujifilm Holdings Corp. Fujifilm and Fuji Xerox would become subsidiaries of the holding company. A representative of the company reconfirmed its commitment to film, which accounts for 3% of sales.[5]

Fujifilm de México is a Fujifilm subsidiary in Mexico that sells Fujifilm products since 1934 and has been recognized as one of The Best Mexican Companies (Las Mejores Empresas Mexicanas) from 2012 to 2015, a recognition promoted by Banamex, Deloitte México and Tecnológico de Monterrey.[7] 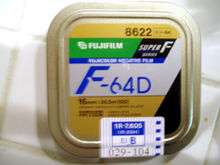 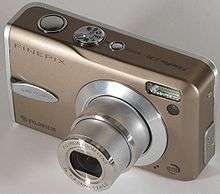 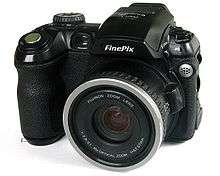