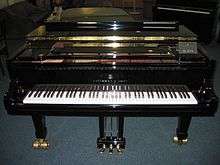 The piano, a common keyboard instrument 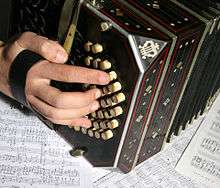 A keyboard instrument is a musical instrument played using a keyboard. The most common of these are the piano, organ, and various electronic keyboards, including synthesizers and digital pianos. Other keyboard instruments include celestas, which are struck idiophones operated by a keyboard, and carillons, which are usually housed in bell towers or belfries of churches or municipal buildings.[1]

Today, the term keyboard often refers to keyboard-style synthesizers. Under the fingers of a sensitive performer, the keyboard may also be used to control dynamics, phrasing, shading, articulation, and other elements of expression—depending on the design and inherent capabilities of the instrument.[1]

Another important use of the word keyboard is in historical musicology, where it means an instrument whose identity cannot be firmly established. Particularly in the 18th century, the harpsichord, the clavichord, and the early piano were in competition, and the same piece might be played on more than one. Hence in a phrase like "Mozart excelled as a keyboard player" the word keyboard is usefully noncommittal. 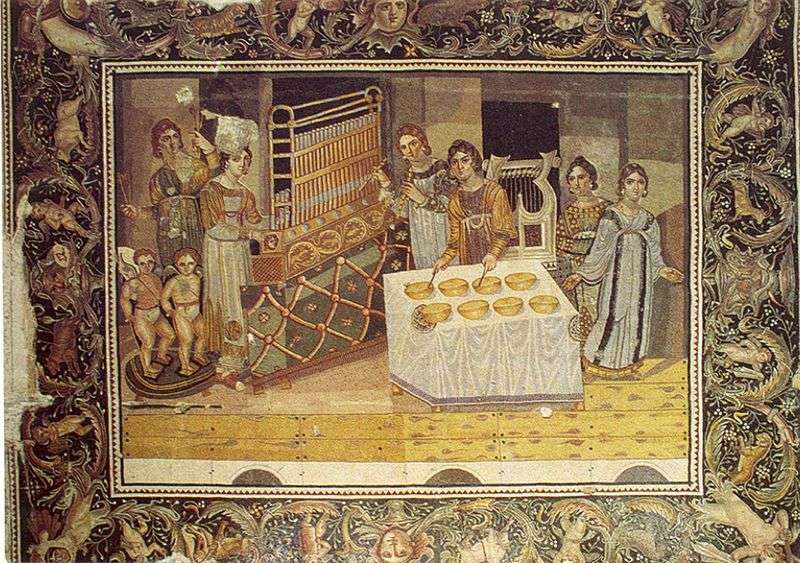 Late 4th century AD "Mosaic of the Female Musicians" from a Byzantine villa in Maryamin, Syria.[2]

The earliest known keyboard instrument was the Ancient Greek hydraulis, a type of pipe organ, invented in the third century BC. The keys were likely balanced and could be played with a light touch, as is clear from the reference in a Latin poem by Claudian (late 4th century), who says magna levi detrudens murmura tactu . . . intent, that is “let him thunder forth as he presses out mighty roarings (shifa) with a light touch” (Paneg. Manlio Theodoro, 320–22). From its invention until the fourteenth century, the organ remained the only keyboard instrument. Often, the organ did not feature a keyboard at all, but rather buttons or large levers operated by a whole hand. Almost every keyboard until the fifteenth century had seven naturals to each octave.

The clavichord and the harpsichord appeared during the 14th century—the clavichord probably being earlier. The harpsichord and clavichord were both common until widespread adoption of the piano in the 18th century, after which their popularity decreased. The piano was revolutionary, because a pianist could vary the volume (or dynamics) of the sound by varying the vigor with which each key was struck. The piano's full name is gravicèmbalo con piano e forte meaning harpsichord with soft and loud but can be shortened to piano-forte, which means soft-loud in Italian. In its current form, the piano is a product of the late 19th century, and is far removed in both sound and appearance from the "pianos" known to Mozart, Haydn, and Beethoven. In fact, the modern piano is significantly different from even the 19th-century pianos used by Liszt, Chopin, and Brahms.[1] See Piano history and musical performance.

Keyboard instruments were further developed in the early twentieth century. Early electromechanical instruments, such as the Ondes Martenot, appeared early in the century. This was a very important contribution to the keyboard's history.[3]

Much effort has gone into creating an instrument that sounds like the piano but lacks its size and weight. The electric piano and electronic piano were early efforts that, while useful instruments in their own right, did not convincingly reproduce the timbre of the piano. Electric and electronic organs were developed during the same period. More recent electronic keyboard designs strive to emulate the sound of specific make and model pianos using digital samples and computer models.