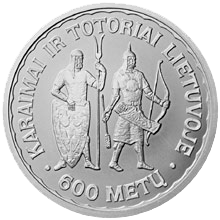 The Lipka Tatars (also known as Lithuanian Tatars, Polish Tatars, Lipkowie, Lipcani or Muślimi) are a group of Tatars who originally settled in the Grand Duchy of Lithuania at the beginning of the 14th century. The first settlers tried to preserve their shamanistic religion and sought asylum amongst the non-Christian Lithuanians.[5] Towards the end of the 14th century, another wave of Tatars – this time, Muslims, were invited into the Grand Duchy by Vytautas the Great. These Tatars first settled in Lithuania proper around Vilnius, Trakai, Hrodna and Kaunas [5] and later spread to other parts of the Grand Duchy that later became part of Polish–Lithuanian Commonwealth. These areas comprise present-day Lithuania, Belarus and Poland. From the very beginning of their settlement in Lithuania they were known as the Lipka Tatars. While maintaining their religion, they united their fate with that of the mainly Christian Polish–Lithuanian Commonwealth. From the Battle of Grunwald onwards the Lipka Tatar light cavalry regiments participated in every significant military campaign of Lithuania and Poland.

The Lipka Tatar origins can be traced back to the descendant states of the Mongol Empire of Genghis Khan – the White Horde, the Golden Horde, the Crimean Khanate and Kazan Khanate. They initially served as a noble military caste but later they became urban-dwellers known for their crafts, horses and gardening skills. Throughout centuries they resisted assimilation and kept their traditional lifestyle. While they remained very attached to their religion, over time however, they lost their original Tatar language, from the Kipchak group of the Turkic languages, and for the most part adopted Belarusian, Lithuanian and Polish.[6] There are still small groups of Lipka Tatars living in today's Belarus, Lithuania and Poland, as well as their communities in United States.

Tatar mosque and graveyard in the Lukiškės suburb (1830), Vilnius. It was replaced by another, a more traditional one, in 1867

The name Lipka is derived from the old Crimean Tatar name of Lithuania. The record of the name Lipka in Oriental sources permits us to infer an original Libķa/Lipķa, from which the Polish derivative Lipka was formed, with possible contamination from contact with the Polish lipka "small lime-tree"; this etymology was suggested by the Tatar author S. Tuhan-Baranowski. A less frequent Polish form, Łubka, is corroborated in Łubka/Łupka, the Crimean Tatar name of the Lipkas up to the end of the 19th century. The Crimean Tatar term Lipka Tatarłar meaning Lithuanian Tatars, later started to be used by the Polish–Lithuanian Tatars to describe themselves.

In religion and culture the Lipka Tatars differed nominally from most other Islamic communities in respect of the treatment of their women, who always enjoyed a large degree of freedom, even during the years when the Lipkas were in the service of the Ottoman Empire. Co-education of male and female children was the norm, and Lipka women did not wear the veil – except at the marriage ceremony. While traditionally Islamic, the customs and religious practices of the Lipka Tatars also accommodated many Christian elements adopted during their 600 years residence in Belarus, Poland, Ukraine and Lithuania while still maintaining the traditions and superstitions from their nomadic Mongol past, such as the sacrifice of bulls in their mosques during the main religious festivals.

Over time, the lower and middle Lipka Tatar nobles adopted the Ruthenian language then later the Belarusian language as their native language.[6][7] However, they used the Arabic alphabet to write in Belarusian until the 1930s. The upper nobility of Lipka Tatars spoke Polish. 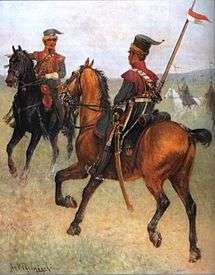 The migration of some Tartars into the lands of Lithuania and Poland began during the 14th century and lasted until the end of the 17th. There was a subsequent wave of Tatar immigrants from Russia after the Bolshevik Revolution in 1917, although these consisted mostly of political and national activists.[7]

According to some estimates, by 1590–1591 there were about 200,000 Lipka Tatars living in the Polish–Lithuanian Commonwealth and about 400 mosques serving them. According to the Risāle-yi Tatar-i Leh (trans: Message Concerning the Tatars of Poland, an account of the Lipka Tatars written for Süleyman the Magnificent by an anonymous Polish Muslim during a stay in Constantinople in 1557–8 on his way to Mecca) there were 100 Lipka Tatar settlements with mosques in Poland. The largest communities existed in the cities of Lida, Navahradak and Iwye. There was a Lipka Tatar settlement in Minsk, today's capital of Belarus, known as Tatarskaya Slabada.

In the year 1672, the Tatar subjects rose up in open rebellion against the Commonwealth. This was the widely remembered Lipka Rebellion. Thanks to the efforts of King Jan III Sobieski, who was held in great esteem by the Tatar soldiers, many of the Lipkas seeking asylum and service in the Turkish army returned to his command and participated in the struggles with the Ottoman Empire up to the Treaty of Karlowitz in 1699, including the Battle of Vienna (1683) that was to turn the tide of Islamic expansion into Europe and mark the beginning of the end for the Ottoman Empire.

Beginning in the late 18th and throughout the 19th century the Lipkas became successively more and more Polonized. The upper and middle classes in particular adopted Polish language and customs (although they kept Islam as their religion), while the lower ranks became Ruthenized. At the same time, the Tatars held the Lithuanian Grand Duke Vytautas (Wattad in Tatar, or "defender of Muslims in non Muslim lands"), who encouraged and supported their settlement during the 15th century, in great esteem, including him in many legends, prayers and their folklore.[7] 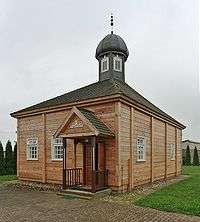 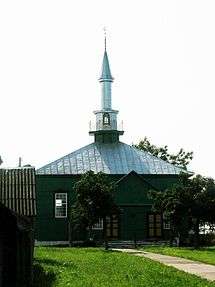 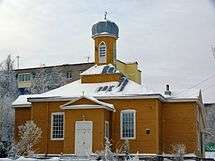 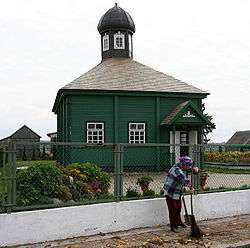 Tatar mosque in the village of Bohoniki, Poland 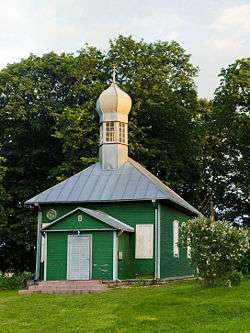 A number of the Polish Tatars emigrated to the US at the beginning of the 20th century and settled mostly in the north eastern states, although there is also an enclave in Florida. A small but active community of Lipka Tatars exists in New York City. "The Islamic Center of Polish Tatars" was built in 1928 in Brooklyn, New York City, and functioned until recently.[6]

After the annexation of eastern Poland into the Soviet Union following World War II, Poland was left with only 2 Tatar villages, Bohoniki and Kruszyniany. A significant number of the Tartars in the territories annexed to the USSR repatriated to Poland and clustered in cities such as Gdańsk, Białystok, Warsaw and Gorzów Wielkopolski totaling some 3,000 people. One of the neighborhoods of Gorzów Wielkopolski where relocated Tatar families resettled has come to be referred to as "the Tatar Hills", or in Polish "Górki Tatarskie".

In 1925 the Muslim Religion Association (Polish: Muzułmański Związek Religijny) was formed in Białystok, Poland. In 1992, the Organization of Tatars of the Polish Republic (Polish: Związek Tatarów Rzeczypospolitej Polskiej) with autonomous branches in Białystok and Gdańsk, began operating.

In November 2010, a monument to Poland's Tatar populace was unveiled in the port city of Gdańsk at a ceremony attended by President Bronislaw Komorowski, as well as Tatar representatives from across Poland and abroad. The monument is a symbol of the important role of Tatars in Polish history. "Tatars shed their blood in all national independence uprisings. Their blood seeped into the foundations of the reborn Polish Republic," President Komorowski said at the unveiling. The monument is the first of its kind to be erected in Europe.