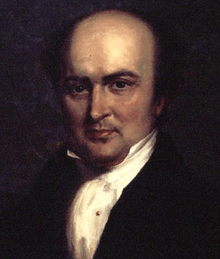 Levi Woodbury was the first Justice to have formally attended a law school. 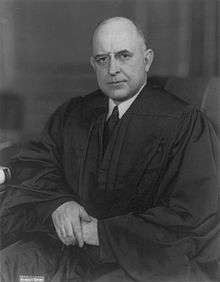 Stanley F. Reed was the last sitting Justice not to have received a law degree.

The Constitution does not require that any federal judges have any particular educational background, but the work of the Court involved complex questions of law – ranging from constitutional law to administrative law to admiralty law – and consequentially, a legal education has become a de facto prerequisite to appointment on the Supreme Court. Every person who has been nominated to the Court has been an attorney.[1]

Before the advent of modern law schools in the United States, justices, like most attorneys of the time, completed their legal studies by "reading law" (studying under and acting as an apprentice to more experienced attorneys) rather than attend a formal program. The first Justice to be appointed who had attended an actual law school was Levi Woodbury, appointed to the Court in 1846. Woodbury had attended Tapping Reeve Law School in Litchfield, Connecticut, the most prestigious law school in the United States in that day, prior to his admission to the bar in 1812. However, Woodbury did not earn a law degree. Woodbury's successor on the Court, Benjamin Robbins Curtis, who received his law degree from Harvard Law School in 1832, and was appointed to the Court in 1851, was the first Justice to bear such a credential.[2]

Associate Justice James F. Byrnes, whose short tenure lasted from June 1941 to October 1942, was the last Justice without a law degree to be appointed; Stanley Forman Reed, who served on the Court from 1938 to 1957, was the last sitting Justice from such a background. In total, of the 112 Justices appointed to the Court, 46 have had law degrees, an additional 18 attended some law school but did not receive a degree, and 47 received their legal education without any law school attendance.[2]

These justices were educated at the equivalent of what would today be an undergraduate level, but did not receive legal education at the graduate level, the model under which law schools in the U.S. are currently organized.

Some justices received no legal education in a university setting, but were instead either trained through apprenticeships or were self-taught, as was common with many lawyers prior to the mid-20th century.