William Rufus Day (April 17, 1849 – July 9, 1923) was an American diplomat and jurist, who served for nineteen years as a Justice of the Supreme Court of the United States.

Day was born in Ravenna, Ohio, son of Luther Day of the Ohio Supreme Court. He graduated from the University of Michigan in 1870 and spent the following year in the school's law department. He settled in Canton, Ohio in 1872, where he began practicing law in a partnership with William A. Lynch. For twenty-five years, Day worked as a criminal and corporate lawyer in the growing industrial town while participating in Republican politics.

During these years, Day became a good friend of William McKinley. Day became McKinley's legal and political adviser during McKinley's candidacies for the Congress, the governorship of Ohio, and the presidency of the United States. After he won the presidency, McKinley appointed Day to be Assistant Secretary of State under Secretary of State John Sherman. Sherman was considered to be ineffective, and in 1898, President McKinley replaced Sherman with Day

Five months later, Day vacated his cabinet position to helm the United States Peace Commission formed to negotiate an end to the Spanish–American War with Spain.[2] After the Spanish–American War was declared, Day had argued that the Spanish colonies, other than Cuba, should be returned to Spain, contrary to McKinley's decision that the United States should take over from Spain control of the Philippines, Puerto Rico, and Guam. Day, however, negotiated peace with Spain on McKinley's harsher terms. His final diplomatic effort was to lead the United States Peace Commission into Paris, France and sign the Treaty of Paris ending the war. 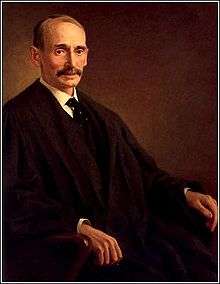 On February 25, 1899, following Day's return from Europe, McKinley nominated Day to a new seat, on the United States Court of Appeals for the Sixth Circuit, created by 30 Stat. 803. The Circuit included Day's home state of Ohio. Day was confirmed by the United States Senate very quickly, on February 28, 1899, and received commission the same day. His position as head of the state department was filled by John Hay.

President McKinley was assassinated in September 1901 and Vice President Theodore Roosevelt took his place. On February 19, 1903, Roosevelt nominated Day as an Associate Justice of the U.S. Supreme Court, to a seat vacated by George Shiras, Jr. The Senate confirmed the nomination on February 23, 1903, and Day received his commission the same day, thereafter taking his new position on March 2, 1903.

Day wrote 439 opinions during his tenure on the court, of which only 18 were dissents. He distrusted large corporations and voted with antitrust majorities throughout his time on the court. He sided with the government in the Standard Oil, American Tobacco, and Union Pacific cases in 1911 and 1912 and again in the Southern Pacific case in 1922.

He is recorded as asking his clerk for "regular updates" during the bench hearing of Standard Sanitary Mfg. Co. v. United States about the final game of the 1912 World Series.[3]

Day retired from the court on November 13, 1922, and briefly served as an Umpire of the Mixed Claims Commission to Adjudicate War Claims against Germany. He died in 1923 following year on Mackinac Island in Michigan. He is buried at West Lawn Cemetery in Canton, Ohio.